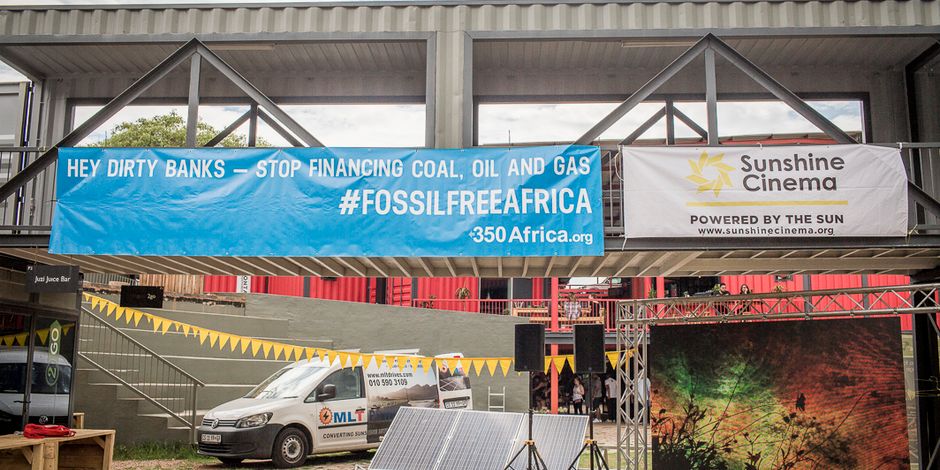 The project grew out of our production company, Makhulu, winning awards for a film we made about a local Zambian entrepreneur Lloyd Maanyina. Zambia has one of the highest rates of deforestation in the world and Maanyina was a charcoal burner for many years, cutting down countless trees, and became a tree nursery owner. We showed Lloyd’s film on our pilot mobile solar cinema to local communities to spread the ethos of sustainability that he was promoting, alongside educational content focusing on the benefits of renewable energy.

Sunshine Cinema’s journey began in 2013. Within our first year we received attention from international brands and press outlets and we were able to raise necessary start-up capital through profits from events we hosted, as well as a successful crowdfunding campaign. Since then we have screened to over 5000 direct audience members in townships across South Africa and rural areas on our mobile cinemas.

We have a SunBox - solar cinema for small scale events that literally fits in a box and can screen to up to 50 pax at a time. Our larger solar cinema can screen to up to 150 people at a time.Currently we host solar powered green events in partnership with brands as well as community focused screenings, partnering with the likes of Red Bull, large scale music & documentary film festivals, initiatives like Live Magazine, 350.org , GreenPeace and The Childrens Radio Foundation. Sunshine Cinema’s project team of community facilitators and media professionals understand local innovators by working with them in workshop environments pre-media production through focus groups, giving our team a unique insight and understanding of the market,

Funded by Awesome Without Borders (September 2016)