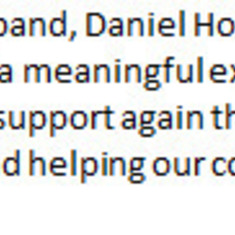 The Lullaby Project began as a pilot project through Carnegie Hall in New York City in 2011. Musicians there facilitated lullaby writing with young pregnant teens at Jacobi Hospital in the Bronx in an effort to help create a positive support system for these new moms and to facilitate a loving bond between mother and infant. The project has grown over the past six years to include not only teen moms, but parents and caregivers who find themselves facing challenging situations as they care for their children (e.g., those who are incarcerated, living in homeless shelters). Last year was Hawaiʻi's first Lullaby Project with Leeward Community College's Hawaiian Ensemble performing and recording with singer-songwriters from the community who volunteered to help moms and dads create original lullabies for their children. There is no cost to participate in the project and typically parents have little or no musical training -- simply a desire to create an original lullaby for their baby, or infant that is on the way.

Last year's partnering organization was Catholic Charities Mary Jane Home, and they have joined us once again along with parents from Pūlama I Nā Keiki (Alu Like), Healthy Mothers Healthy Babies, and the foster/adoptive community for this spring's Lullaby Project. The local sponsoring arts organizations are Leeward Community College (LCC) Theatre and UH-West Oʻahu (UHWO) Humanities Department, whose students will be involved as musicians, volunteers, and parent-participants. Musicians from the Hawaiʻi Symphony Orchestra will also assist with accompanying some of the performances.

Our workshop with songwriting teams took place at the beginning of February. Song arranging is planned through March. Rehearsals and the final performance will occur in April 2017.