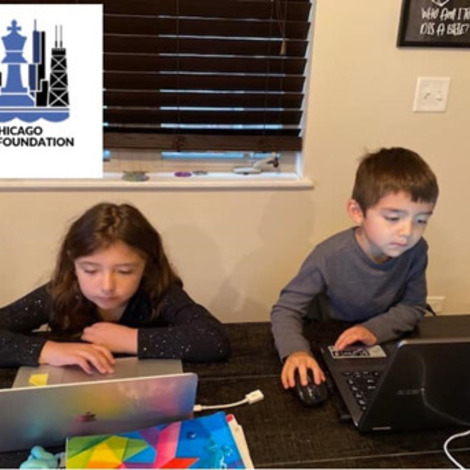 The Chicago Chess Foundation (CCF) was formed in 2014 by members of the Chicago chess community, who understood the positive impact that chess has on children. The founders wanted to make chess programs available to all children in Chicago at no cost. Initially, funding and programs were provided by the founding Board Members. Part-time staff was added in 2018. With a mission to give every student in Chicago the opportunity to learn, play and compete in chess, CCF currently serves over 2,000 children per year and focuses on underserved communities.

Each school year CCF hosts monthly scholastic chess tournaments from November through June. All of these tournaments are completely free to all participants, and are hosted at schools throughout the city of Chicago. This allows for equity in opportunity for all students to participate in these tournaments. Our tournaments average about 300 K-8 students who spend a Saturday playing five rounds of competitive chess against their peers from across the city.

Utilizing the ChessKid.com platform, we piloted an online chess tournament on April 25th. It was a successful tournament with 88 students participating from over 20 different schools. We are looking forward to hosting monthly online tournaments throughout the summer. These tournaments will virtually bring together youth from all over the Chicagoland area.