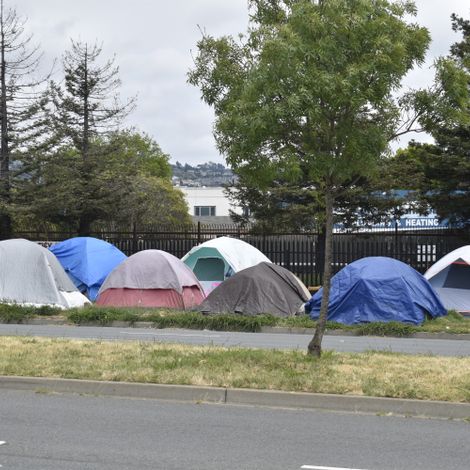 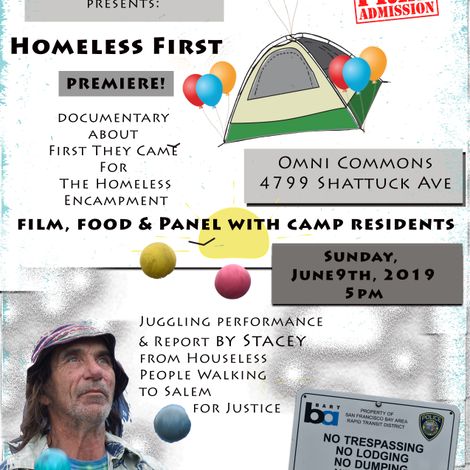 “Homeless First” is a 27-minute documentary about First They Came For The Homeless (FTCFTH), a drug and alcohol-free encampment in Berkeley, created by and for houseless people. The group provides safe space for individuals in need and helps members transition into housing. We recently finished the film and are ready to start screening it. We have the first screening set for June 9th, 2019 at Omni Commons in Oakland. All of the filming, editing and supporting art (graphics, music) were donated by artists, but we do need funds to be able to distribute the film and organize community screenings. We intend to treat these showings as fundraisers to raise money for the needs of homeless camps. We will work with FTCFTH, Village in Oakland, Consider the Homeless, the camp on E.12th Street and any group of homeless individuals that work for the self-determination of houseless people. We would also like to arrange screenings at the homeless camps as the film can serve as an example of how people can organize themselves. We plan to include discussions, panels, music and performances with each screening to further facilitate the community conversation.