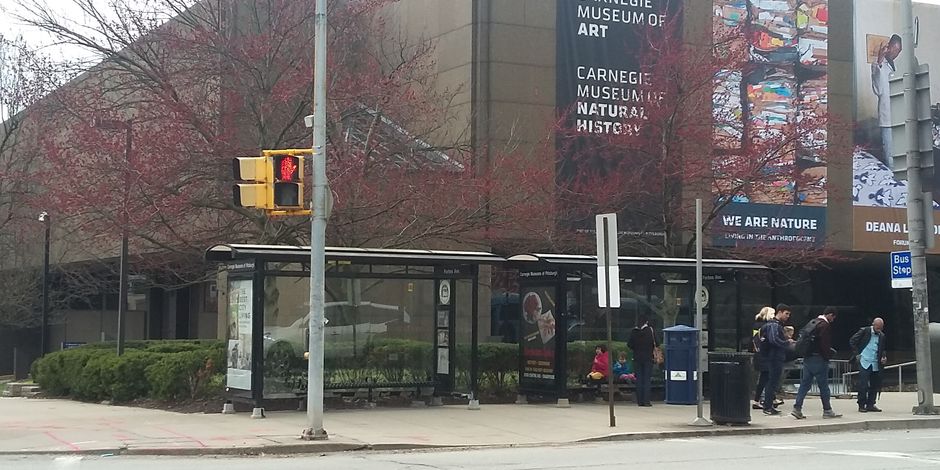 I am creating a temporary art museum in the two bus shelters outside the Carnegie Museum of Art during the Carnegie International Exhibition (which starts in October and only happens once every three years), featuring the work of Pittsburgh artists. One of the target audiences is the arts professionals who will be attending the Carnegie International in the hopes that this will provide exposure for the local artists involved and propel their careers. The second target audience is people who do not have a relationship with art and rarely (if ever) attend museums or galleries. By bringing art to them in the very egalitarian space of bus shelters, the Busnegie seeks to remedy the (often correct) perception that art is elitist and stuffy. To further promote the arts to those who are economically disadvantaged, the Busnegie will publicize the little known fact that people who receive government services and have an ACCESS card can attend the Carnegie with up to 7 other people for just $1 each.