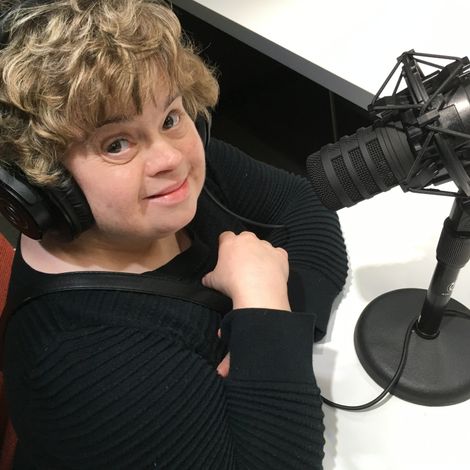 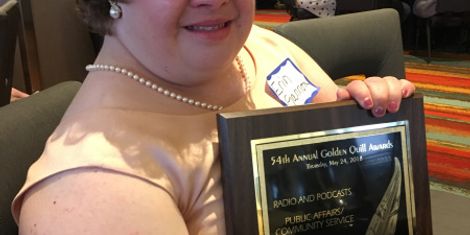 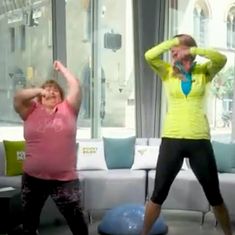 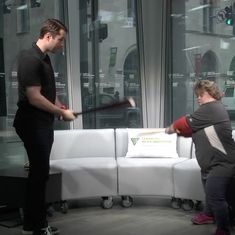 Imagine a charismatic Pittsburgh podcaster who happens to have Down Syndrome jamming in the passenger seat of a car while interviewing a local musician and an international journalist in the style of British Late Late Show host James Corden’s Carpool Karaoke series! You can make it happen. Our project Look Who’s Here! All-Abilities Media equips people with disabilities to work as interviewers and producers on informative and fun audio and video podcasts. After a year of production, we just won two Golden Quill awards from the Press Club of Western Pennsylvania. Erin Gannon was honored for interviewing a disabilities advocate about the recent history of institutions in Pennsylvania. Erin’s also interviewed Pittsburgh-native and Yankees second baseman Neil Walker. Their conversation included discussions about getting injured as a pro athlete, Walker’s involvement in Miracle League baseball for people with special needs, and a batting and catching demo. Our project is timely. Pennsylvania and other states are increasingly integrating people with disabilities in the workforce and community, a process that will continue into the coming years. Yet many people still don’t interact with the one in five people who identify as having a disability. Citizens still often fight against group homes being established in their neighborhoods and threaten disabled residents and staff. People with disabilities should be prepared to have a more significant voice and role through media. Our carpool karaoke video episode will demonstrate that people with disabilities often have the same human curiosity (nebbiness?) and joy in music and good conversation that connects us all, whether or not we identify as having a disability. Guests we are considering inviting include local journalist John Miller, who recently wrote about the housing crisis for people with disabilities in America Magazine and hosts singalongs, and/or Joe Negri. Finally, we will work with a video producer who has autism.