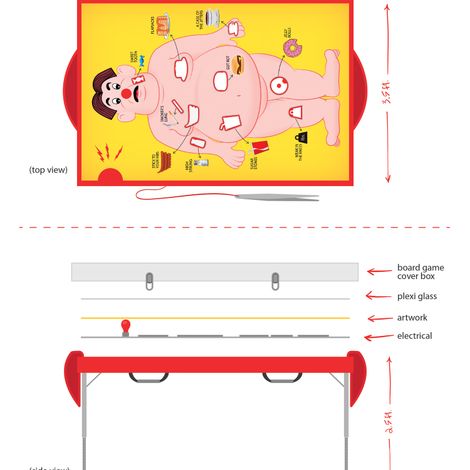 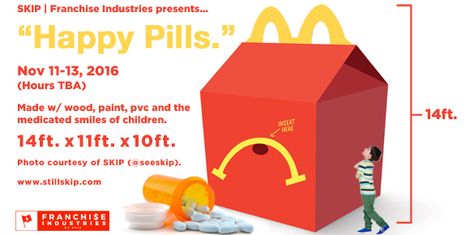 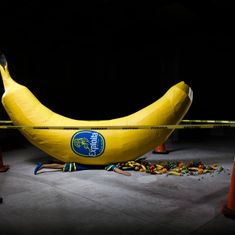 Over the last few years, SKIP’s larger-than-life art installations have received a considerable amount of media attention, both locally and abroad. His works have been published in Huffington Post, Cosmopolitan Magazine, Shape Magazine, FoxNews, as well as online culture blogs Refinery29 and Bustle. A true roller coaster of circumstances and opportunities have proven that for SKIP, “going big” is as vital to his style of artwork as the bright colors he uses, and the satirical humor that underpins everything he stamps as Franchise Industries.

One of these opportunities was the chance to document the process of fabricating a brand new line of Franchise installations in the approach and format of a reality-style television show, with the intention of later shopping the series to cable networks and larger distributors.

“SKIP’s Big Ideas” will be filming the show over the next three months and will begin airing season one this Fall (official release date to be determined). We encourage individuals interested in following the production and making of the show to follow us online / social media, and to attend the reveal of the installations in person at Maker Faire Orlando (October 22 & 23) and Art in Odd Places (November 11-13), where they could become extras on the show!