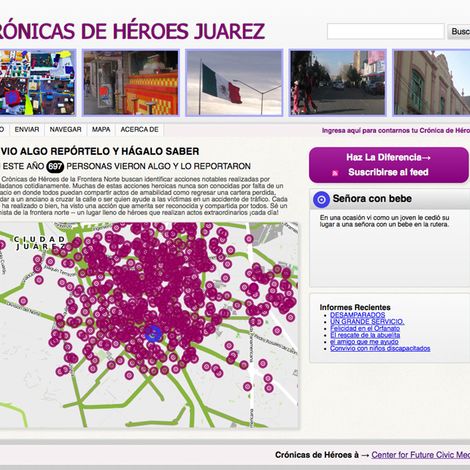 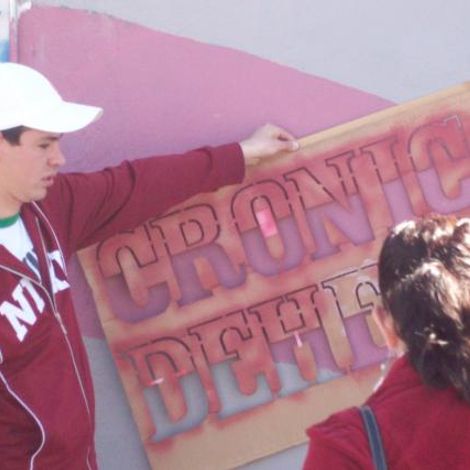 I am a researcher in urban issues with a master's degree in Architecture and Urbanism from MIT. I devote most of my research in border issues between Mexico and the United States, throughout my projects I challenge the notion of pair-cities as separate entities, instead I look at them through a unilateral lens where the conflict manifested in opposing relations between needs, values, interest, and concerns of the two different entities can become the tool for negotiation among multiple systems.
Currently I am the lead of CRONICAS DE HEROES- an instance of the Center for Future Civic Media/Media Lab MIT.
CRÓNICAS DE HÉROES is a campaign of positive thinking that aims to transform
the perception of cities with high levels of social disorder and reignite
civic pride and hope in those communities. It accomplishes these goals through campaigns using new and old media as well as grassroots activism. CRÓNICAS DE
HÉROES encourages ordinary citizens to report acts of courage, kindness,
respect, honesty and other positive contributions to society. Reports are
shared and promoted through civic spaces and events, public art, and various media outlets.
We have implemented this initiative in Juarez, MEXICO, http://juarez.heroreports.org/ as you can see on our website we have more than
1,000 positive stories which all are linked to a map showing courageous acts in different areas of the city.Additionally, in the webpage on the BLOG part you
can see many of the activities that we have been doing in Juarez. Building on
its recent success in that city, I have decided to replicate the model/project
in several U.S.A.-México border regions. A week ago we launched our first bi-national platform in Tijuana/San Diego,
http://tj-sd.cronicasdeheroes.mx/ our page in this instance is in English and
Spanish.
As a native of México who has lived for nine years in border cities in the United States, and who travels back and forth between these two countries regularly, I see the tremendous contradictions and complexities that exist within borderland regions. Through personal experience I have gained a deeper awareness of these issues such as how these particular regions and their populations attempt to adapt, not only to each other, but also within their own country.The present conflict in Mexican cities and the disparities between pair cities is a subject that cannot be ignored; CRONICAS DE HEROES works with these communities for constructive change for a better present.