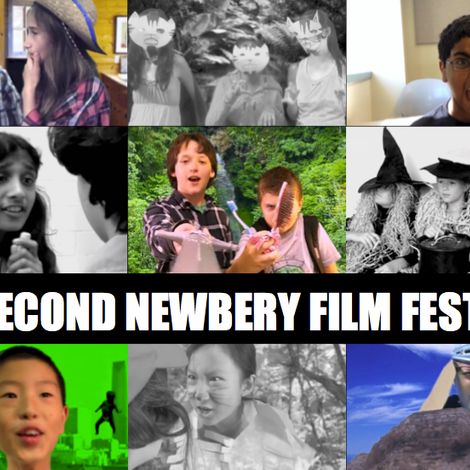 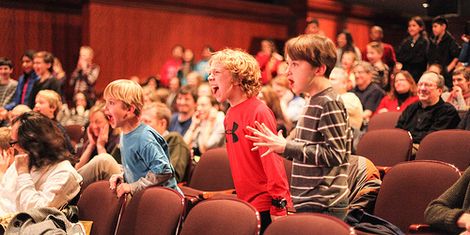 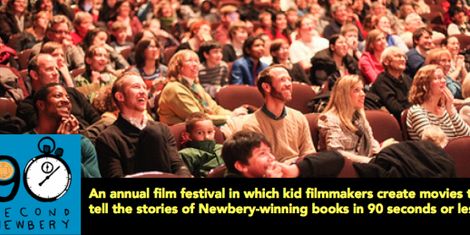 The 90-Second Newberry Film Festival, which I founded in 2011, is an annual video contest in which kid filmmakers create weird movies that tell the entire stories of Newbery-winning books in about 90 seconds.

Ever since 1922, the Newbery Medal has been recognized as the most prestigious award in children’s literature. But any classic book, no matter how worthy and somber, turns into something fresh and bonkers when compressed into 90 seconds. Over the last 5 years we’ve received 100s of film submissions from kids.

The best of each year’s movies are shown at free screenings across the country. They are co-hosted by me and other children’s authors. These free shows combine screenings of the kids’ movies with comedy cabaret bits, and turn into standing room only events.

On February 13, 2016 we are bringing the event to the Bay Area and doing two screenings. One will be at the San Francisco Public Library and the other at the Rockridge Branch of the Oakland Public Library. The libraries don’t have enough money to pay for my transportation so this grant will help our operating expenses and will pay for me to travel to the Bay Area, host the film festival and present at several local schools in the area.

The 90-Second Film Festival is awesome because it encourages literacy and filmmaking among the kids and provides a live venue for the recognition of their artistic efforts. And it really is something special to see the young filmmakers' faces light up when a whole audience of 250+ people is applauding for their movie.