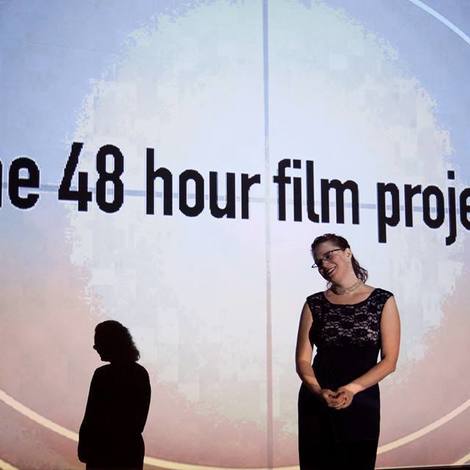 The 48 HFP is the longest running timed film competition in the world. Currently ist is taking place in 130 cities world wide. It is open to film makers of any skill level. Each team that signs up will gather on the Friday night of the city's filmimg weekend. Once assembled they pick a film genre out of a hat. All teams are also assigned a specfic character, prop and line of dialogue. The teams are then set to go forth and create a 4-7 minute film in just 48 hours. It's part mud rucker part, amazing race and all fun! A few days later all the films are screened at a local theatre. A few weeks later some of the films screen again at the red carpet awards night. The best film of New Haven will go on to compete against all the other city winners and screen in Hollywood. From there about 15 films go onto screen at the Cannes Film Festival. It's an exciting thrilling filmmaking experience!