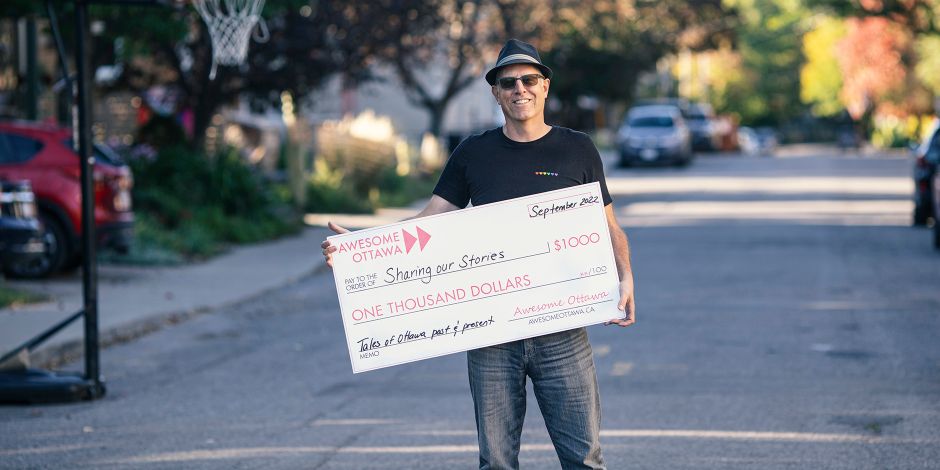 September’s Awesome Ottawa award goes to Paul Weber to support the free public release of songs about Ottawa past and present.

“On October 21st,” explains Paul, “I will finally have a CD release for my album Ode to Gerry Barber. Song subjects include a famous local bouncer, the collapse of the Heron Road Bridge, the building of the Rideau Canal, Ottawa's first train, homeless people on Murray Street, growing up in Eastview (now Vanier), the Great Fire of 1870, what it’s like to live in an Ottawa rooming house, and more.”

“Many of these stories are unknown to people in Ottawa,” says Paul, “and many aren't in the history taught in schools. When I perform, I tell the stories behind the songs and I show videos linked to them. But to really reach people, I’d like to video record the show and make it available on Facebook and YouTube. This would be a great way to get the stories out and to celebrate our often stereotyped community.”

Paul is a bilingual singer, songwriter, guitarist, and storyteller – and also a federal public servant. Two of his songs were recently selected by the City of Ottawa for their Music on Hold program.