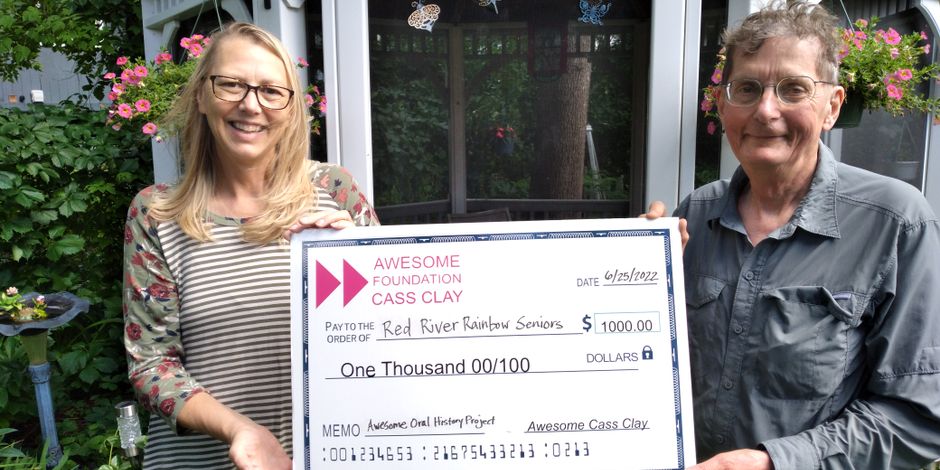 In November 2017, the Red River Rainbow Seniors began an oral history project, “Breaking Barriers: Harvesting LGBTQ Stories from the Northern Plains,” to gather the history of older LGBTQ people and their allies in their own words.

This project creates a permanent record for future generations about the experiences growing up in and/or living as LGBTQ people in this area from the 1930s to the present. They were part of the “pioneer generation.” Although a hidden minority who were viewed negatively by the culture in general as well as by many religious groups, they were a generation of “firsts” who blazed new paths, broke new ground, wrote new rules, provided new models. In addition, we are interviewing non-LGBTQ people who have been public allies of the LGBTQ community in this area.

Interviewees sign a legal release form that gives the Red River Rainbow Seniors and North Dakota State University permission to use the interview for scholarly, educational or literary uses. Because of the sensitive nature of these interviews, we respect the interviewees’ wishes as to whether their interview can be public, restricted for a period of years, or anonymous. The recorded reviews are transcribed and the original digital files and the transcriptions are deposited in the North Dakota State University Archives. With interviewees’ permission, the transcripts and digital interview files are available at “Digital Horizons: Life on the Northern Plains: North Dakota Voices from the Past.”

Funding for transcribing the interviews and creating the archives has been provided by FM Pride, by generous donors, and by Humanities North Dakota, a nonprofit, independent state partner of the National Endowment for the Humanities. To date, we have interviewed over 150 people and deposited 105 original digital files, the transcriptions, and additional biographical materials in the NDSU Archives.