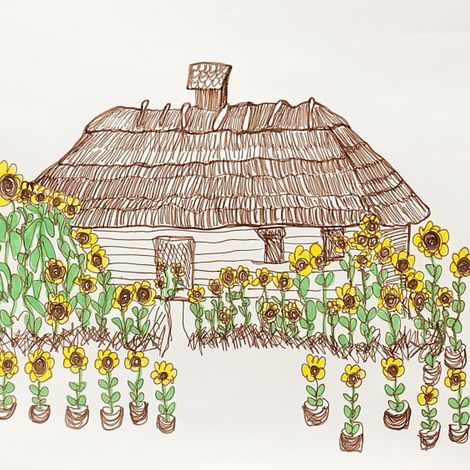 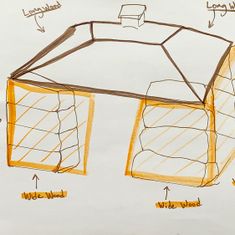 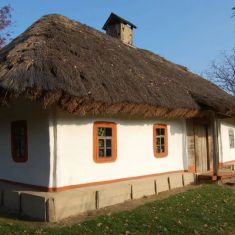 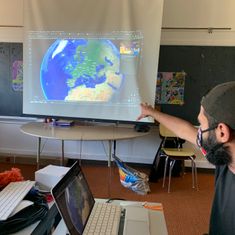 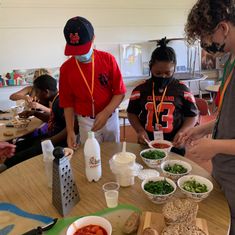 I’ve gotten to know Illia Yakovenko, a Ukrainian artist, as a roommate over the last 3 years. I’ve been enthralled learning about the Ukrainian experience and the post soviet theater through Illia’s art practice. Since Russia declared war on Ukraine those close to Illia have been truly feeling called to support Ukraine any way we can. Ukraine's national flower, the sunflower, has become a worldwide symbol of solidarity and peace amid Russian invasion. The towering blooms have emerged as a sign of resistance. Our proposal is to seed as many sunflowers as possible to be included in a monument/symbol of solidarity.

A мазанка (mazanka), meaning a small village house built of wood, clay, and reeds, serves as the architectural inspiration for this monument. Referencing its structural form and an Indigenous method of making that points towards an ancient claim to the lands of Ukraine. This structure will be covered and surrounded by as many sunflowers as it can sustain. The monument will be a place where people can gather, as well as take sunflowers with them to be planted at their homes. The dream is to seed a summer where the entire city is covered in sunflower blooms as signs of solidarity with Ukraine.

The Installation would be public and function as a site and context in which Illia can utilize to support their graduate work, the founding of the Center for Art and Human Cooperation (a project they began a year prior to the war). The site would also function as a platform supporting their graduate lecture and work, bringing attention to the war on Ukraine among other cultural forms of solidarity and mourning.

As an artist and activist with american citizenship I feel it is my moral and ethical imperative to support Ukraine condemning the unjust and deplorable actions of the Russian government. It is with this original and personal art installation that I might offer my skills and support to Illia in the most challenging moment of their life and professional career