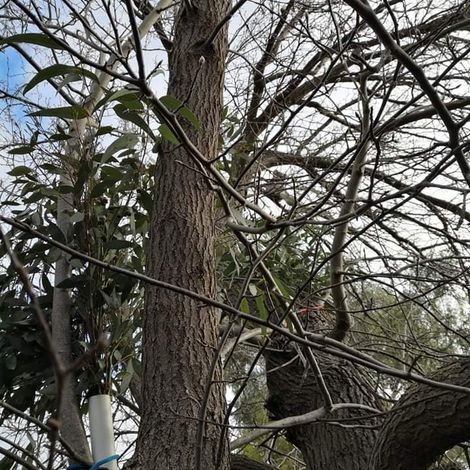 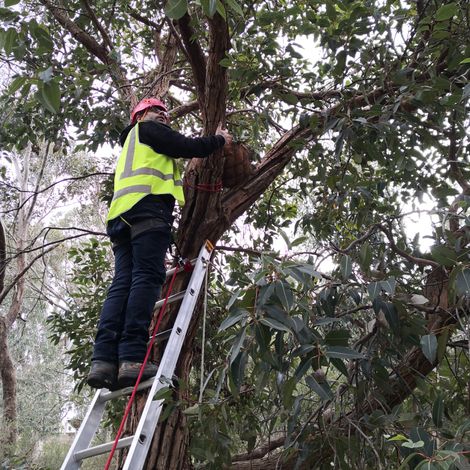 Kendall rescues Koalas, Ringtail Possums, Brushtail Possums and any native species of bird. Sometimes accessing an injured tree dwelling species can be very difficult. Their instincts will tell them to get themselves into a safe space where predators can't reach them. Using the adrenaline released from a fight or flight response they may go high up a tree but are unable to leave this position to feed once the adrenaline rush subsides. We see this often in koalas hit by car and animals attacked by a ground predator, like a dog, cat or fox. Using tree climbing equipment to reach the animal has less height and agility issues than ground level techniques like rescue poles and ladders.

Animals rescued are then assessed by a vet or an experienced rehabilitation carer for that species depending on the complexity of the issue (eg. orphaned young usually don't require vet assessment) and they are then transferred to the most suitable permitted wildlife carer for rehabilitation.

One of the most challenging aspects of rehabilitating these species is sourcing the right eucalyptus leaves. Ringtails in particular only eat the new growth which is located at the top of the tree where it receives the most sunlight. Tree climbing access funded by Adelaide's Awesome Foundation enables Kendall to prune leaves while ensuring the tree remains balanced and healthy for the future rather than only pruning what she is able to reach from ground level.

Upon successful rehabilitation, Possums and native birds will be released with a nesting box or drey which needs to be securely installed in an appropriate tree. Kendall proactively installs boxes in areas as needed, such as after a bushfire.