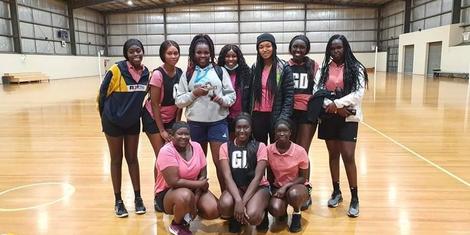 SS Stallions Netball Club (SSNC) is an informal netball club that was created in 2019 by a group of young South Sudanese girls wanting to play competitive netball.

SSNC for two years found it very difficult to find a team that was accessible for them. The opportunity to register a team at Dandenong Netball Association presented itself, and thus Stallions Netball Club was born. The interest in the club has expanded greatly, with a number of new girls expressing a desire to play in the club, however resources are scarce.

Since the inception of Stallions, we have not seen the same level of support from our community given to all boys in sports. This is especially true in monetary contributions where we are used to see an outpouring of support when it comes to male sports. SSNC was designed to break down barriers and taboos around South Sudanese girls in sport being taken seriously, and we will continue to pursue that goal no matter what.

The reason for applying for funding is to be able to get uniforms. Currently, we play in mismatched shirts and shorts, and are seeking to get a more professional and cohesive look with netball dresses.