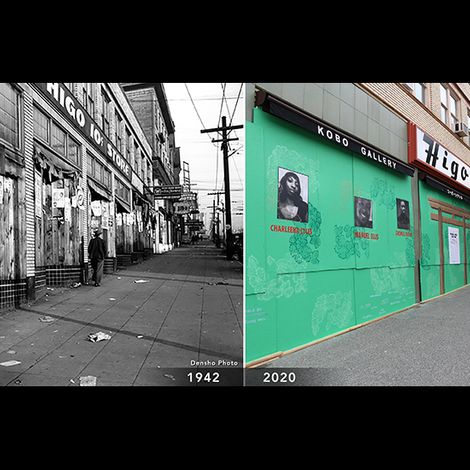 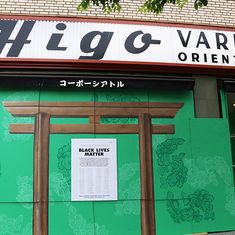 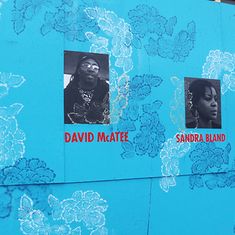 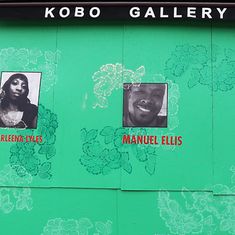 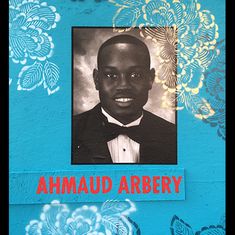 My collaborator Scott Méxcal and I originally painted this mural on boarded-up shop fronts in Seattle's Chinatown-International District in June 2020. The neighborhood had been targeted by xenophobic crimes, and appeared very similar to 1942 when Japanese Americans (including my family) were unconstitutionally rounded up and imprisoned because of their race. Scott and I decided to create a strong statement of solidarity between the Japanese/Asian American community and the Black community. We also hoped it would provide a memorial and healing space for the Black community. We featured a statement, a Shinto torii gate and portraits of 8 slain community members. Our statement reads:

BLACK LIVES MATTER
The Japanese American community stands in unwavering solidarity with our Black, Brown and indigenous siblings, who stood with us through the mass incarceration of our people during WWII. We acknowledge Asian Americans’ legacy of complicity in white supremacy and commit to the ongoing dismantling of it. We acknowledge that Asian American activism is deeply influenced by and in debt to Black American activism. We commit to using our strength and privilege to achieve liberation for all people.

We are honored to have been invited to reproduce and show this work at both Edmonds College (Jan-April 2021) and the Wing Luke Museum (April-July 2021). Since the original work is on heavy rough plywood, making reproductions is the best and safest way to go.