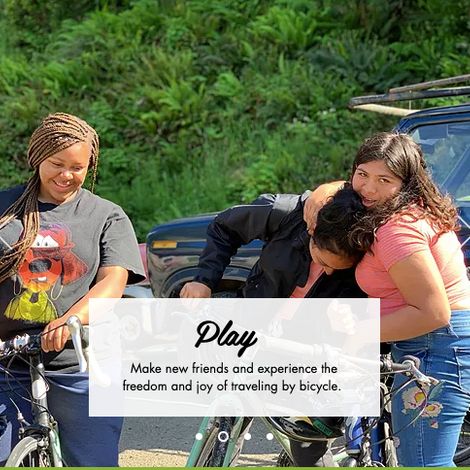 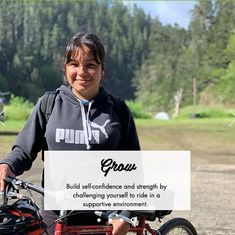 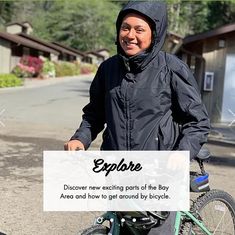 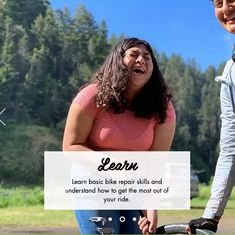 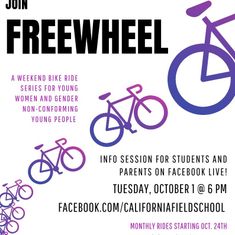 Freewheel is a series of weekend bike rides for young women and gender non-conforming young people in high school that will explore significant places in the Bay, from the Ohlone ceremonial site at Planting Justice, an urban farm run by formerly incarcerated people, to the Rosie the Riveter Museum. The program culminates with a 5 day/4 night bike tour over Spring Break from Samuel P. Taylor State Park in Marin down the Pacific Coast to Half Moon Bay.

Freewheel is an opportunity to ride bikes in community, but it's also more than that - it's a chance to learn about what you can do when people believe in you, and when you believe in yourself.

It's a chance to learn about the people who've called the Bay Area home for thousands of years and to support indigenous efforts to reclaim their culture and rebuild their communities.

It's a chance to see first hand how people have built, polluted, cleaned up, revegetated, and reimagined the natural ecologies that surround us.

It's a chance to form the connections that come when you're exploring together, when you don't know what's around the next corner or if you'll make it up the next hill.

There will be up to 20 participants led by two bike educators from the California Field School. Freewheel rides happen the second Saturday of the month from 9 am - 1pm and are hosted by Life Academy, an Oakland public high school.