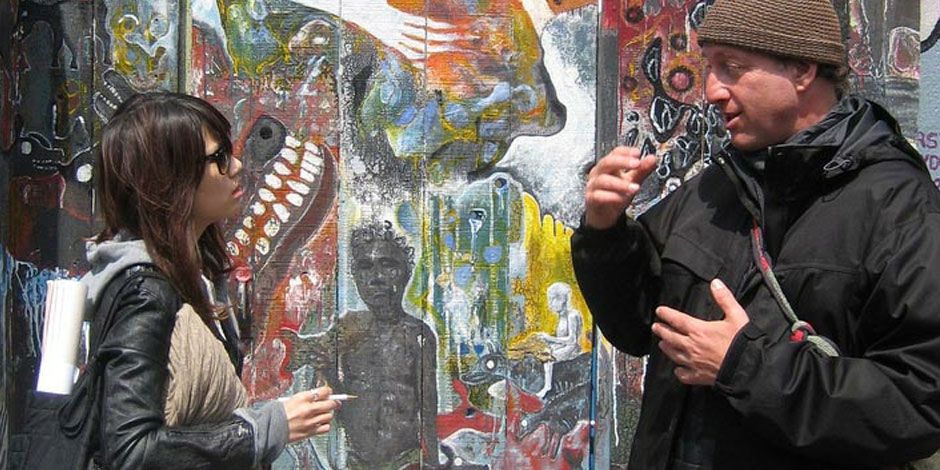 The last few years I've been researching local (SF) natural history, especially about water politics, storms, lakes and streams that once existed in SF. I've been sharing my exciting research in various ways.

The funding is to make the most awesome idea happen: short presentations on public sidewalks.

I see this as a series 10-minute shows lasting about 90 minutes in a public location where locals are the primary sidewalk users. It would be monthly for half a year, and longer if I can swing it. I would show pictures and maps and explain how the spot where they are standing came to be the way it is now, from being a pond, dune, etc. Some of these events would be after dark with slides projected onto a wall, and some just with printed posters in daylight. I've already scheduled a couple tests of the idea, using pictures I've already been using in my tours, and shouting instead of having a proper sound system. (Ouch on my voice! Bad for gathering a crowd.)

I love sharing my research. I've been a teacher of kids and adults, and a regular speaker at the Natural History Series at Randall Museum for 20 years. I've published on the subject of water in SF (City Lights Foundation press). Since my interests keep leading me new places, I've never settled down into one career (with a salary, for instance) that allowed me to pay for expanding into this idea, sharing my cool, wet sleuthing with anyone who wanders by.

My other projects include organizing major public murals (see http://monacaron.com for many of them, including the Bike Mural on Duboce Ave. behind Safeway). I founded and ran EpiCenter, a desktop publishing community training center in two locations in the early 1990s when such things barely existed yet (Market Street/Castro and Haight Street/Cole). I co-founded the Media Alliance JobFile system in 1988. I co-founded the San Francisco Bicycle Coalition, and various other major bicycling-as-transportation projects.