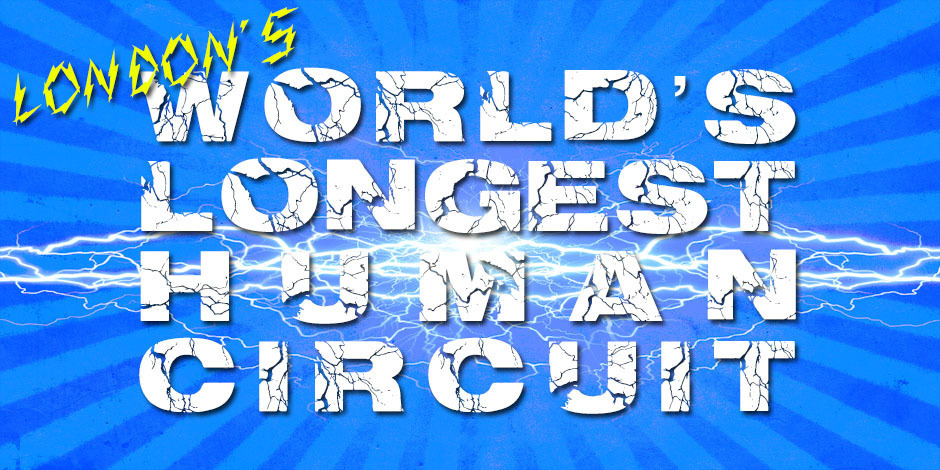 Did you know that there is only 1 world record holder in London? Well after we're done, they'll be more than 1200. Our goal is to create a world record attempt that our community can share and celebrate - creating the world's longest human circuit.

In 2013 1113 people at Coulson Tough Primary School in Woodlands Texas broke the world record for creating the world's longest human circuit. For London to break the record set in Texas, we would need 1200 people to come together, hold hands, have a small current pass through them, and light up a light.

Every single person who helps us break this record will receive an official certificate from the Guinness Book of World Records recognizing their contribution to achieving something no other place on Earth has achieved.

At the MakerBus we believe that London is an awesome place, filled with awesome people and with the help of Awesome London we can help highlight that awesomeness on the global stage of the Guinness Book of World Records.

The Head Science Officer on the MakerBus has designed a safe device that is capable of passing less than one volt of current through up to 2000 people. This device will expose people to less electricity than you would be exposed to holding a watch battery in your hand, meaning this world record attempt is completely safe - even for people with pacemakers.

The exposure of an Awesome London win will allow us to begin promoting our world record attempt. To beat the Texas record we need to get the word out to as many people as possible.

They may do things big in Texas, but we do things AWESOME in London!