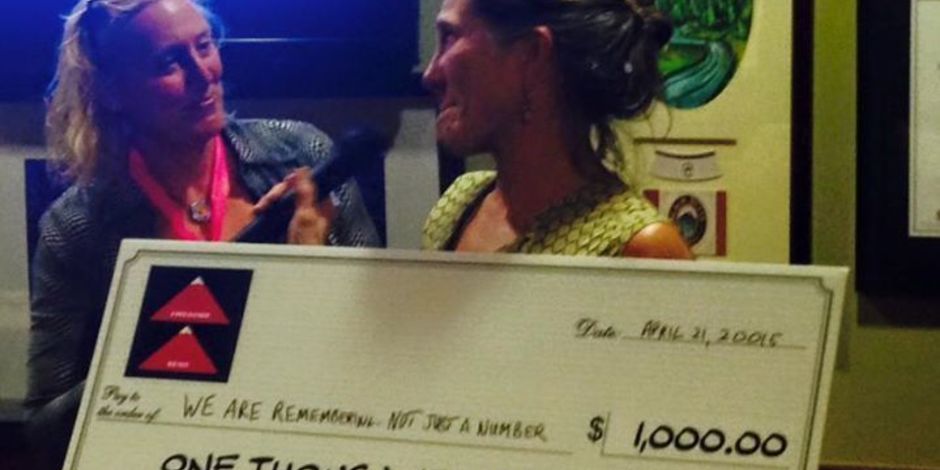 Since 2008, a group of Bend area residents have come together on Memorial Day to volunteer to conduct a continuous reading of the name, age, and hometown of every soldier (Army, Navy, Air Force, Marines, National Guard) killed in Afghanistan since 2001 and in Iraq since 2003. That first year the reading lasted almost nine hours and included, as a reader, Vicki Bellamy of Madras, OR. Vicki is the elder sister of Christopher W. Dickison, 26 of Seattle, WA. Chris died in Iraq, July 5, 2005.

In 2014, the reading took its' volunteers a little more than 14 hours. By chance it fell upon Patty Smith, of LaPine, to read the name of her grandson John C. Johnson, of Phoenix, AZ. Corey, as his family and friends called him, died in Afghanistan on May 27, 2011. He was 28. Present that morning walking through the field of names, were the parents of Justin J. Wilkens, 26 of Bend, OR.

Almost 14 years after the invasion of Afghanistan, this may be the only Memorial Service of its' kind in our Nation. This annual memorial is made possible only by the selfless efforts of many members of our "awesome" and diverse community. Teachers, artists, musicians, activists, city council members, retired Military members, business owners, athletes, children thru senior citizens, the well off and the not so well off, librarians, gay, straight, the religious and the non-religious, left, right or neutral. Each leaves behind their "label" to become just a voice to help remember those lost.