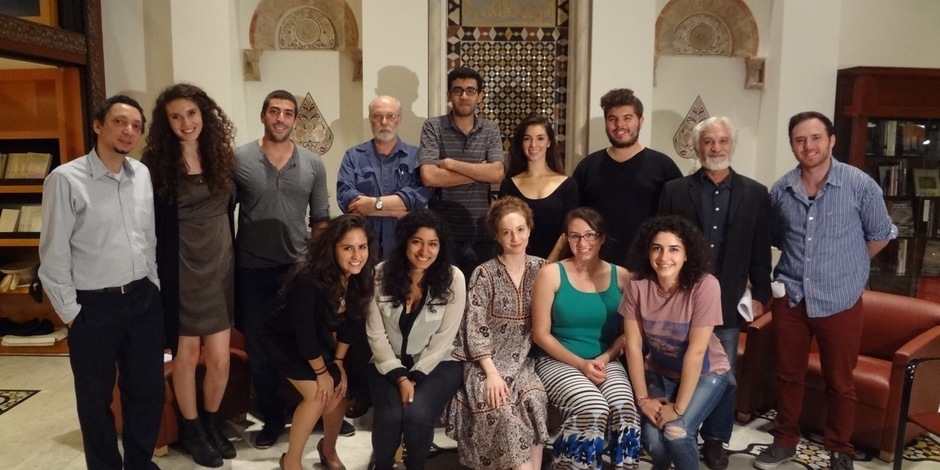 In 2013, I launched the Middle East Film Initiative (MEFI). The MEFI provides interdisciplinary training, as well as an ongoing forum to connect the mainstream with the independent film market, with the purpose of building audiences and creating opportunities for a highly skilled group of local entertainment and media professionals, who have largely been off the radar of the mainstream US film market. Participants actively immerse themselves in a film's or screenplay's language, music, imagery and acting technique, and discover how styles and experiences are interconnected. The communities’ presence and insights are at the heart of the program. No ongoing forum for film professionals and audiences interested in the filmic language of the Middle East existed in NYC prior to the MEFI. The uniquely cooperative, interactive, and non-hierarchical approach of the MEFI challenges mainstream film-related organizations. By taking the purposely low-tech sessions to the communities around town, I reach them where they are, far from high-cost, seasonal, and often mission-based events presented by established organizations. As participants follow the project and meet more participants with similar needs from other backgrounds, momentum grows. Through capacity building among audiences and media professionals, the MEFI generates a network able to sustain long-term civic and artistic engagement. It is not a place for political or religious activism. The fact that it exists is a statement in itself. The group is particularly attentive to the role women play both behind and in front of the camera and aims to diversify the representation of women in film, TV and new media. Fiscal Sponsor: NYWIFT. Partners include: NYU Kevorkian Center for Near Eastern Studies, Writers Guild of America East (WGAE).

Funded by Awesome Without Borders (December 2014)