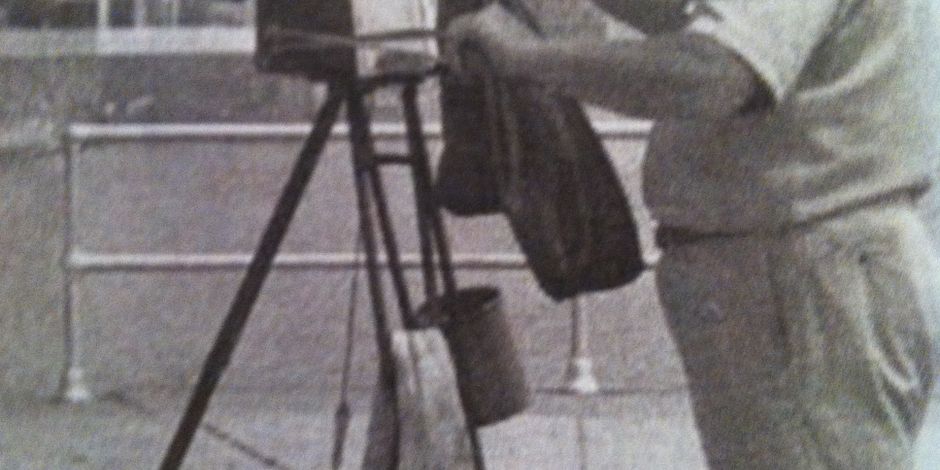 In 1926 a Russian immigrant by the name of Levi Blinder (Americanized to Louis Blend) installed himself as a street photographer of tourists, taking "instant" photos for money in front of the Fisherman's statue on Stacy Boulevard. He eventually settled in the Jewish neighborhoods of Dorchester, MA, but every tourist season until his retirement in 1976 found him in front of the statue plying his trade. Fifty years is an almost unheard of amount of time at this particular trade. During his time there he became a celebrated part of the culture on Stacy Boulevard and was even regarded as a protector of the statue. Over the years he photographed tourists, soldiers, and local people posed in front of the statue for souvenirs of their visit to the island. He photographed the rich, middle class, working class and poor, usually with the statue as a backdrop but sometimes pointing his camera out to sea.

I have been researching Louis Blend's life and collecting what I can find of the photos he took for more than 10 years. I have more than 100 examples of his photographs, plus newspaper and amateur photos of him at work and other ancillary material. I gave a talk about Louis Blend at Cape Ann Museum last year about him and have included a discussion of him in a street photography lecture at the George Eastman House in Rochester a few years back.

I've seen great interest in the subject wherever I've presented. I would now like to turn this and future research into a book. The book will not only be about Louis Blend and his career, but will also include material about Leonard Crask, the sculptor of the statue, the cultural life of Stacy Boulevard, Louis's personal life in the Jewish community of Dorchester, and a discussion of his photographic process.