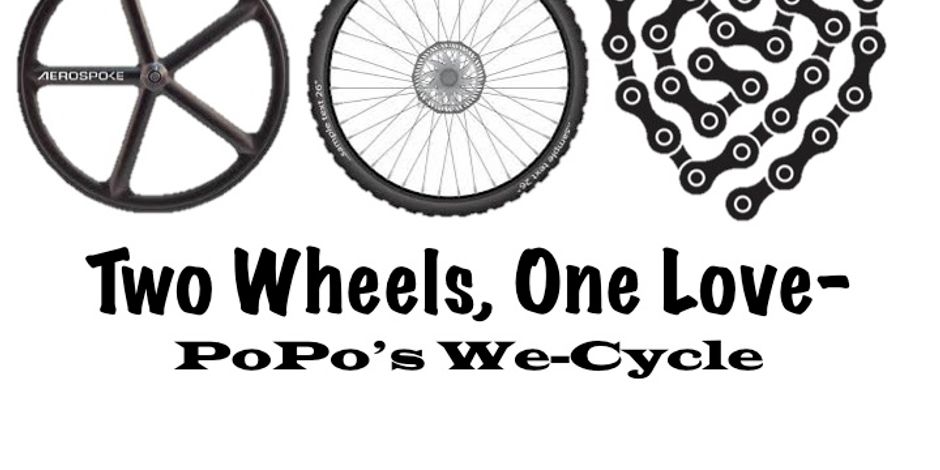 Bicycles can make the biggest change in a community in the shortest amount of time. Adolescents who bike 4 days a week are 48% less likely to become overweight as adults. Bicycles provide the ability to move around your community. For many of us bicycles are recreational toys, but for some it is their lifeline. Some cyclists commute everywhere; work, school, the grocery store. Although offering bicycles to those in need helps a great deal, many of those bikes will end up right back outside in a pile of rust if they are not maintained. PoPo's We-cycle is going to change that.

While the mission for PPWC is to give away 100 bikes in 2013, we also want to repair bikes in the community before they reach the trash dump. As a part of this parallel mission PPWC wants to have an Annual Bike Repair Rally where PPWC will purchase the parts, permits, etc. and local bike shops will fix bicycles for 5 hours in a predetermined location, all while having a huge bike awareness PARTY! We will advertise the time and location in advance and ask that bikes requiring minimum repairs such as; new tubes, chains, adjusting, bike making sounds or not running right, be brought to the event where we will repair them for FREE! The event will be held in areas where our services are need the most. This will allow us to maintain all of the bikes that we give out each year and put us closer to our goal of getting 2 wheels under every person in San Antonio.

For our 1st event, we have already been given the okay to use a parking lot at Burbank High School and found several other nonprofits that would like to setup at the event to talk about healthy living. Bicycle Shops like REI, Ride Away Bicycles, Alamo Bike Shop and the bike club "Wild Dawgs" have all volunteered to work on bicycles at the event. We have numerous companies interested in sponsoring the event and have already confirmed 2 Titanium Sponsors of $500 each from Community Health First and Believe It Screen Printing and Graphics.