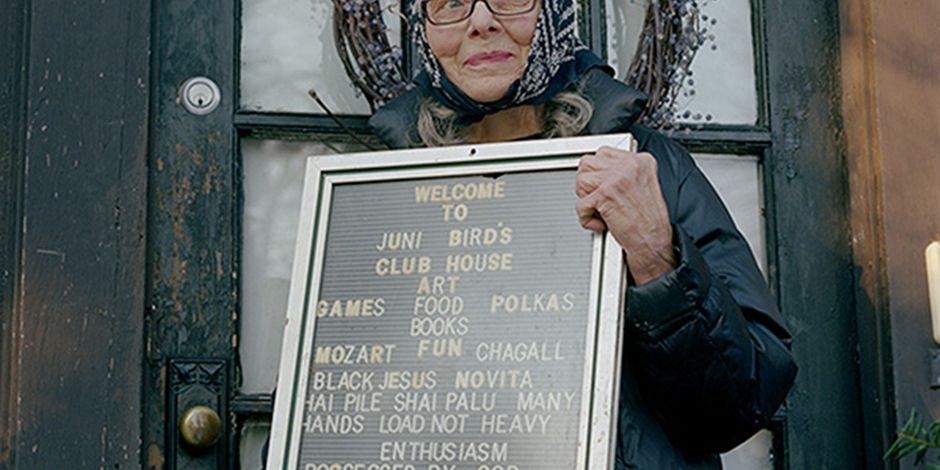 “I will have a solo art show even if it’s in my own front yard,” reads a line in a letter my grandmother sent to a friend in 1970. She followed through; her home on Grapevine Road in East Gloucester is absolutely brimming with sculptures and found-object assemblages.

I first began recording my grandmother June’s stories as an act of personal curiosity. But I quickly realized that while she is a grandmother to me, to others she is a teacher, a mentor, an inspiration. In the last year we made a podcast episode; had an exhibition at Endicott College; and were even profiled in the Boston Globe. June passed away a few weeks ago at 93-years-old.

June Southworth was a life-long Cape Ann artist, avid collector, and local art educator in the Gloucester and Beverly school systems for 24 years. She was also the president of The Amazing Women’s Club, a special network of her own creation. I grew up minutes away from June’s house but I didn’t step foot inside until my early twenties. Since crossing that threshold, it’s been in a cyclical process of purging, clearing and re-clearing pathways, and ensuring that she could remain safely in the home studio she loved so much.

That home was just sold, and I have limited time to sort through a space filled with artworks, writings, collections of crosses, bottles, driftwood, and relics of decades past. June lived in a shrine to history, and I see documenting her space and objects is a project of cultural preservation.

I am applying for the Awesome Foundation grant to resource the recording and digitization of this significant slice of local history before it’s inaccessible. Specifically, I will make high fidelity 3D captures of her home for an immersive web documentary, photograph her artworks, and scan the notes, newspaper clippings, and analogue photographs that offer a unique glimpse into the life and mind of a beloved local artist.

Thank you for your consideration.