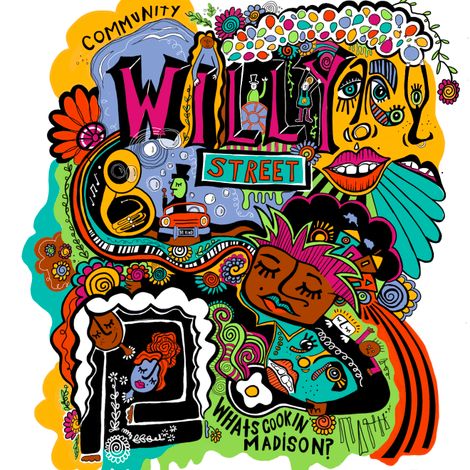 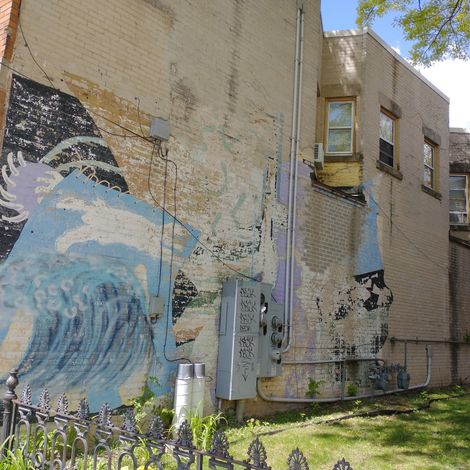 We are an affordable housing provider and community development non-profit in Madison, WI. One of our mixed residential and commercial buildings (picture attached) has a wall that has severely deteriorated over the years and has become a blighted site in the neighborhood. We have been able to raise the funds to do the necessary structural work and painting needed to update the wall but wanted to do more to contribute to the community. In order to improve the building and contribute to the community's character and integrity, we partnered with the UW-Madison Art School service learning project to design a mural that will be mounted on the wall. The process involved surveying residents, neighbors, neighborhood businesses, and Common Wealth staff regarding what vision and values they wanted represented on the mural. Based on the feedback, our artist interns from the Art School worked to develop the mock up attached below. In addition to the ethics and values our non-profit represents and the culture of the Williamson Street neighborhood, we wanted to find a way to honor and preserve the protests for black lives that occurred over the previous summer. Several parts of the mural reference the protests that occurred and memorialize current and past local leaders of color. Most obvious is the "What's Cookin' Madison?" lettering. This refers Carson Gulley, an African American tenant farmer who moved from the South in the 1920s, began as a dishwasher at the UW-Madison, and later went on to be the director of culinary services and the first black-hosted cooking show. Despite his achievements and renown in the community, he faced severe housing discrimination, and his protests led to the creation of Madison's Fair Housing Ordinance now widely regarded as one of the most comprehensive ordinances in the USA.

** This project has been funded through funds honoring the memory of Mark Rogovin, a celebrated and beloved muralist in Chicago. These funds are specifically marked to support projects that benefit public art in the Chicago area.