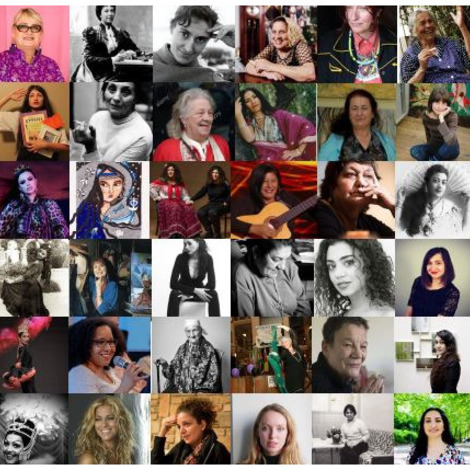 The "Romani womxn's digital archives" project is the extension of an existing Instagram account named @romani.herstory, dedicated to womxn of Romani ("Gypsy") descent from the past and present, unsung heroines and trailblazers who refuse to conform to stereotypes.

@romani.herstory was born out of the realization that the dominant media continues to shape an image of Romani femininity that either fetishizes Romani women (as fortune tellers, witches or exotic, mythical creatures) or discredits them (as dirty and illiterate beggars). Yet, Romani women are an essential part of modern societies: as citizens, artists, scientists, writers or activists, Romani women have contributed to improving their environment in a myriad of ways. Many of them have made their mark in disciplines as varied as the arts, politics, STEM or fashion. We are not, in fact, suffering from a lack of positive role models: we are suffering from a lack of visibility! On the @romani.herstory account, you will find the story of Panna Cinka, the 18th-century Hungarian violinist who challenged the gender conventions of her time; Swedish politician and human rights activist Soraya Post; the two Serbian actresses and rappers Simonida and Sandra Selimovic or the extraordinary 19th-century wild beast tamer Ellen Chapman, who was also known under her stage name, “Madame Pauline De Verre, the Lady of the Lions”.

So far, more than 80 biographies have been published. Additionally, we have collectively raised around 400$ for Romani grassroots organizations helping Roma and their families in Romania, Italy, Bosnia and Herzegovina, and Hungary. However, Instagram has its limitations and setting up an official website with easily accessible content and opportunities for interaction becomes of paramount importance. The Romani womxn's digital archives aim to become a reference platform: the website could then be used as an educational tool by schools and feminist as well as anti-racist organizations.

Funded by Awesome Without Borders (February 2021)