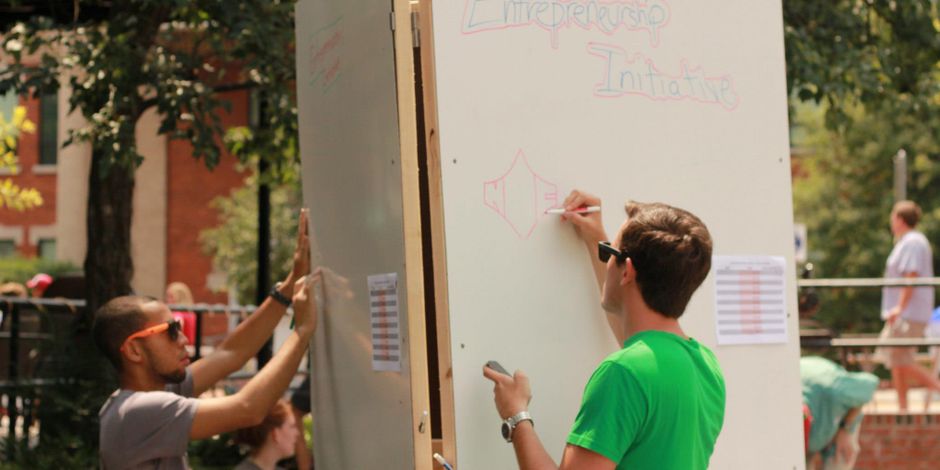 I want to set up a giant whiteboard in the middle of campus for students to brainstorm, collaborate, and ideate on. The primary focus of the whiteboard would be to promote the idea of entrepreneurship and innovation to students. By introducing them to the fact that their are groups like CUNVC and AwesomeBoulder, they could be inspired to write/draw ideas on the board. Another possible thing that could be written on the board is what they like about Boulder, and what they want to see improved.

From there, the thought would be that there is a giant object right in the middle of campus that everyone can't help but stop for a second and check it out. Once we have their attention, the ideas on the board can only lead to more inspiration and better ideas. One of the other goals of the project for me is to inspire more involvement in entrepreneurship by students, so the whiteboard can be heavily promoted through pictures and social media after the event, and hopefully a few new Awesome Boulder or Startup projects can be started.

This project was done by a friend of mine at NC State, the picture I uploaded is from the day they did it.