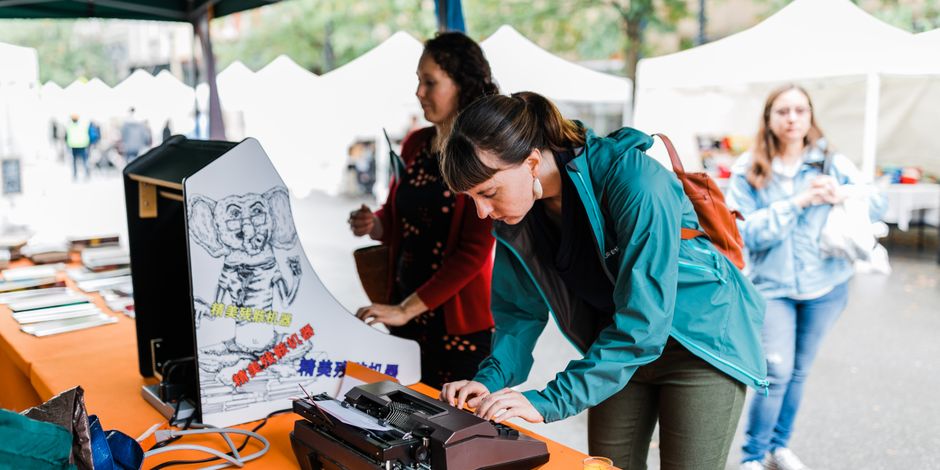 Join us in breaking the World Record for longest Exquisite Corpse--a community-written poem.

Exquisite Corpse is a collaborative poetry game that traces its roots to the Parisian Surrealist Movement. Traditionally, Exquisite Corpse is played by several people, each of whom writes a word on a sheet of paper, folds the paper to conceal it, and passes it on to the next player for their contribution.

For the past two SPARKcons, litSPARK has created a digital version of this, where thousands of festival goers can contribute to a community poem much in the same way, but via an old laptop loaded with a Python-based program. Contributors can see only the previous line, then respond to it with a line of their own, and are then prompted to leave their email address if they would like to receive the final poem at the end of the festival.