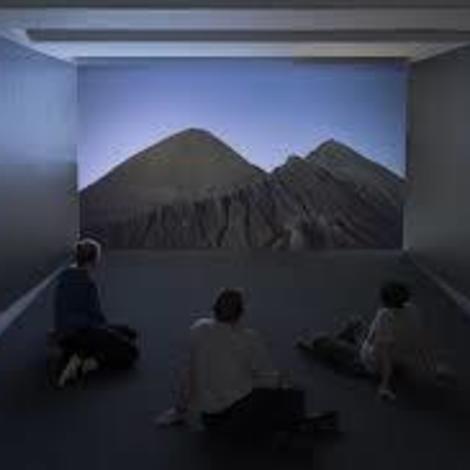 Trace Evidence is an art exhibition at Minnesota Street Project in San Francisco during the month of September 2018, in conjunction with the Global Climate Action Summit, also taking place in San Francisco. Visual artists from China and the U.S. Bay Area will be exhibited who are considering issues of environmental change. We are interested in the exhibition as a platform for cross-cultural conversation about climate change here in San Francisco.

Americans gaze over to China and see the physical conditions produced by late capitalism magnified because of the scale and speed of development. China’s processes of industrialization and urbanization have degraded their environment in parallel fashion to US industrialization but, due to its rapid progress, are uniquely perceptible.

Thinking with professor Timothy Morton, we conceive of climate change as a hyperobject; its entirety can never be seen, yet it affects everything. How are artists taking the visual elements of climate change, pollution and extraction and making them accessible? How are artists trying to see this thing that is impossible to see, but felt everyday? Climate change is a form of slow violence, harming and displacing people, doing violence without acting at the speed violence usually occurs; climate change forces us to rethink timescales and perception.

The work we will show in this exhibition deals with these issues on different levels of directness; the work offers the opportunity to meditate on the questions and be in a sensible relationship to landscape and environment, while others more critically expose the violence of extraction and the factors at work in climate change.

A public panel discussion will be held during the week of the summit to discuss environmental issues of extraction, the connection between the violence of landuse and peoples, pollution as a tool for modern colonialism and the efforts Chinese and American governments are making to combat climate issues.