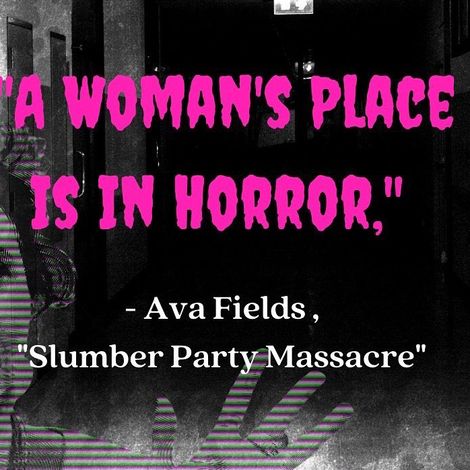 Update:
In 2020 The Horror Advocate broke ground by using the horror genre to bring people together in the wake of a pandemic. Developed as a 3 part virtual series where I explore and detangle horror films for the masses and those who otherwise would not be exposed. The project was made to bridge generational gaps, ease the effects of isolation, and highlight a genre that unfolds human stories with dimensions and complexities. The Horror Advocate has successfully evolved into a second phase that will launch a new project.

Apt, Horror is an innovative approach to community data gathering (+ analysis). The project sees theories transformed into meaningful conclusions; using the horror genre as a reputable source and grounding it as an applied practice for strategic community development.

This project is designed in the spirit of adaptation— and can be replicable in other communities.

Apt, Horror leads the way in leveraging pop (counter) culture knowledge as a tool to better conceive our lived reality and ignite reform across a wealth of social and political sectors.

The project is currently in the trial phase and actively raising funds to support our first event in December 2022. The project will launch in full on January 2023"

you by Ava Fields

The horror advocate is a live reading and talk series centers around the social impact of the horror genre. I’ve created a series that analyzes horror movies from a social justice vantage point. These events would take place once a month starting in February 2021. The goal of this reading series is not only to create exposure for myself as a black female horror film archeologist, but also to build a new momentum around women and horror. Women and film in general. So often horror is portrayed as something out of our reach and I want to show that not only are we meant to be in this conversation we have an obligation to show up and talk about what we’re seeing and absorbing as cultural mirrors. I’m hoping people can be less afraid of what’s scripted and more afraid of what the script is trying to reveal to us about our real world. In short, it’s horror advocacy.

Horror films force us to acknowledge truths we would rather turn away from. I want to share that awakening with the people in my city and encourage new perspectives. One thing we all need and deserve right now is transparency — I think this reading series will rob if’s a great outlet for the community and myself.