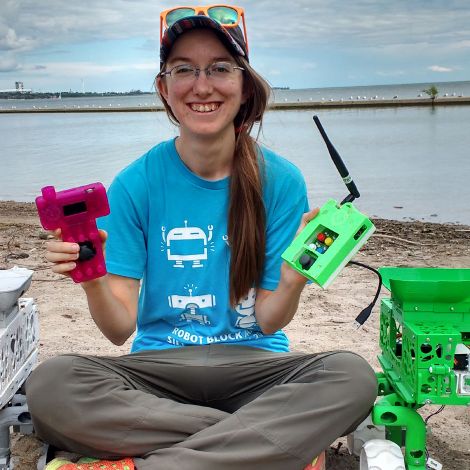 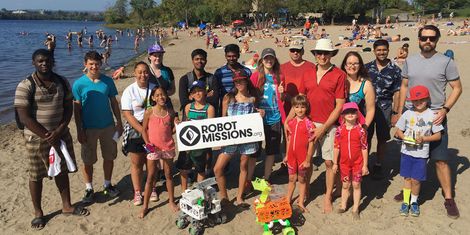 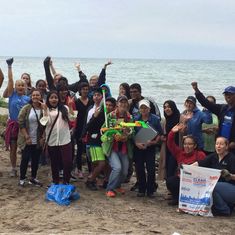 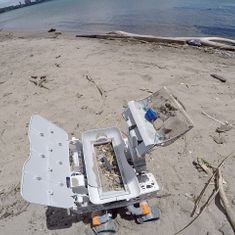 Robot Missions, Erin’s social enterprise, empowers communities to embark on environmental missions with the use of robots. Last summer, they brought their beach-cleaning robot to Westboro Beach, Mooney's Bay Beach, and Petrie Island on field tests, with the community joining in and assisting with the testing of the robot. This summer, they start municipal trials, deploying three robots on Westboro Beach and Mooney's Bay Beach, cleaning up in specific zones and running baseline assessments along the shoreline.

“The objective of our robot,” explains Erin, “is to improve our environment by collecting tiny-trash pollution found on beaches. This type of pollution (3-25 mm) poses a threat to our ecosystems, but is often ignored by manual efforts, and large machinery does not collect it.” University of Ottawa engineering students are also developing new modules for the robot for environmental restoration – for example, using the robot to plant wildflower seeds to increase pollinating plants, and retrieving water samples.

The public will be invited to join in every Saturday morning through the summer, operating the robots and interacting with the team. You can learn more at robotmissions.org, or follow the project on Facebook and Twitter.

Erin is both a maker and an inventor of robots, having built her first robots at age 13. She is the creator of RoboBrrd, an animatronic character designed to help kids learn about robotics, and started the Robot Party, a weekly online video hangout that brings together robot builders from around the world to share their robots and knowledge.