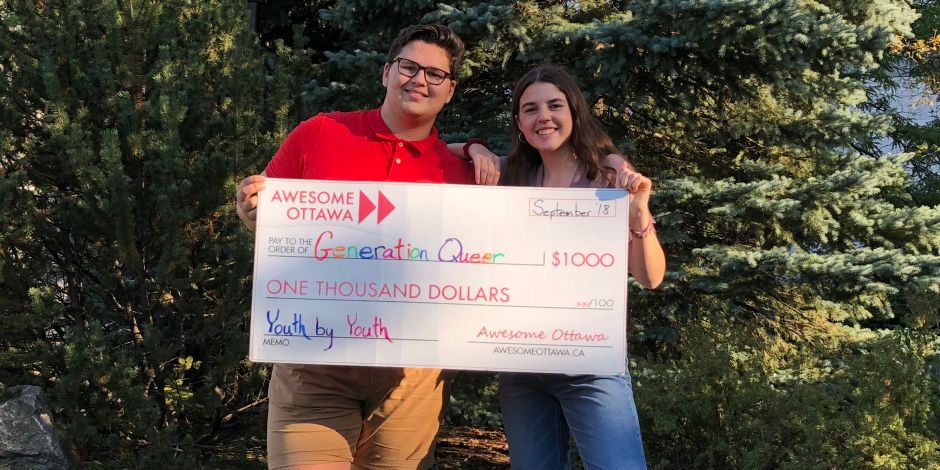 Generation Queer, a new for-youth, by-youth group, will engage community partners and local decision-makers to make non-binary bathrooms a reality. “As someone who is gay,” Scott continues, “I was compelled to help make a change in my broader and LGBTQ2+ communities. I felt that I could provide support for people who want to come out and be proud of who they are.”

Scott is a student at Colonel By Secondary School, where he is President of the Model United Nations club. He has worked on Parliament Hill and played on the Ontario provincial rugby team.