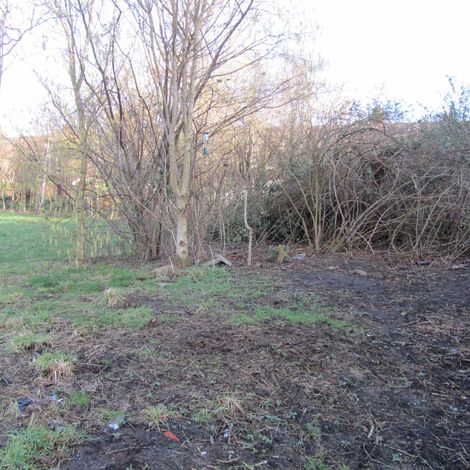 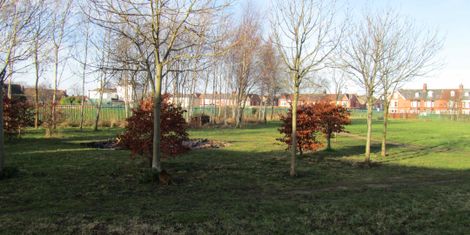 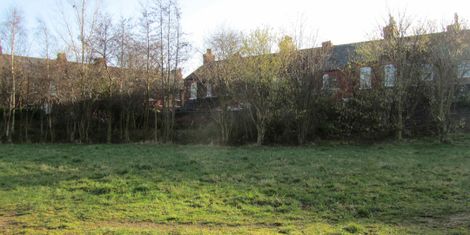 In order to attract more wildlife and people to use this green space we have several projects we would like to implement.
Firstly we are aiming to sow a large bed of poppy seeds in the circular planting bed (see photos) to commemorate the centenary of the start of WW1. We intend to involve the local school children/cubs & brownies in the sowing & growing of this commemorative display.
Around the surrounding wooded areas we intend to plant 1000-2000 Bluebell bulbs to create a mini Bluebell wood. Bluebells are consistently voted the nations favourite flower and this will hopefully encourage people into the green to see their own mini Bluebell Wood, whilst also attracting bees & butterflies.
In the same area Buddleia unfortunately had to be cut back as its spread was causing damage to the surrounding roofs & chimney stacks. We have decided to replace the Buddleia with Lilacs as they will also attract the vast array of butterflies that appeared last year.
Dotted in between the Bluebells and Lilacs will be Snowdrops thereby ensuring that from February to September there will be blooms for many years to come!
Several other surrounding areas of the green had been left to grow semi wild in order to encourage insects, bees & butterflies. This worked so well that we intend to attract even more by scattering wild flower seeds into these areas. Hedgehog compounds have already been constructed in these areas (see photo) so the wild flowers should attract even more insects into these compounds.
The green attracts a wide range of birds from three resident crows to gold finches, blue/grey tits, robins, sparrows, wood pidgeons, magpies, blackbirds, starlings & wagtails. In order to encourage them further we would like to put several nesting boxes in place as there will be an abundance of insects for them to eat in the spring/summer months.
All the projects mentioned, once implemented, will be self sustaining thereby ensuring an abundance of wildlife for years to come.