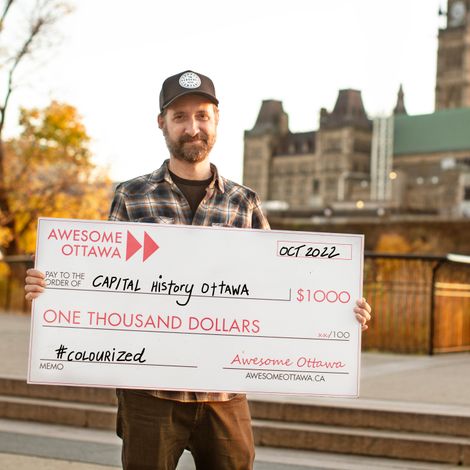 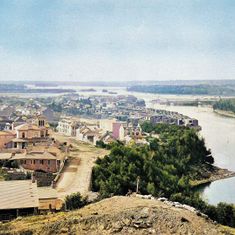 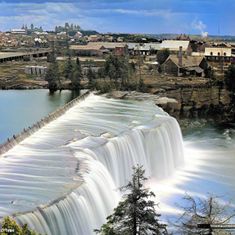 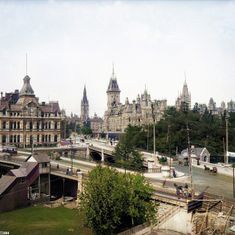 “I've been colourizing photos and posting them to Twitter for the past two years,” explains Ashley. “A year and a half ago this turned into a regular column for Apartment613.”

“This summer,” Ashley continues, “I purchased high-resolution scans from Library and Archives Canada, colourized them, and printed and framed them to sell at a Byward Market stand – identifying in the process the most popular to feature at a show. While I'm not a good capitalist and my start-up costs somewhat exceeded my profits, I'm happy to report that the colourized prints were a hit!”

Ashley’s photos will be on display at Irene’s Pub, in the Glebe, from December 5-31, 2022. At a launch party on December 5, he’ll be getting on the mic and going in depth on each of the pieces at both 6 PM and 8 PM.

Ashley is a local musician, historian, graphic artist, and writer. He’s hosted open mics for many years all over town, as well as battles of the bands at a number of local venues.