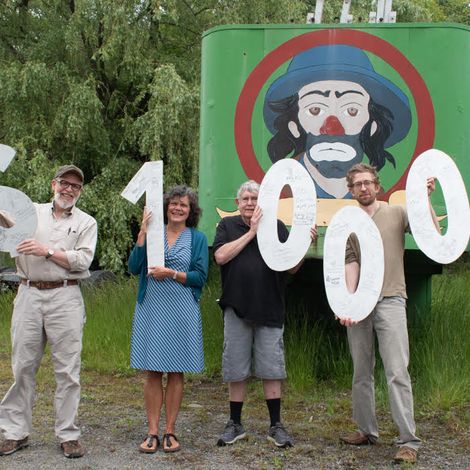 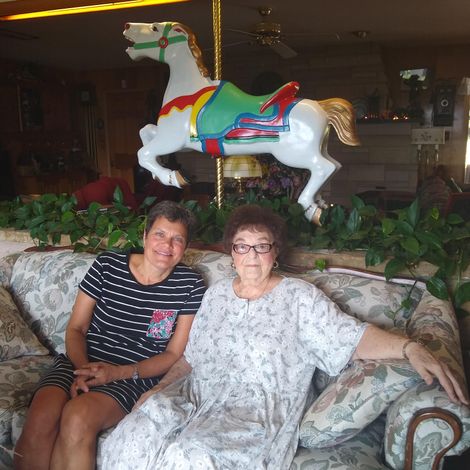 “aMUSEment, Play in the Workshop” is a 60-90-minute historical and visionary oratorio celebrating the creativity of Vernon Garbrick (1907-1987) to be performed inside his workshop in Centre Hall, PA, during the weekend of September 3-5, 2021. Garbrick holds the patent for the folding Ferris wheel, and with his family provides rides for Garbrick Amusements at the Grange Fair and other regional carnivals. Five movements take us from the beginning to end of the 20th century, a time of invention, imagination, and machines--also wars and environmental degradation--following Garbrick as mythic figure. As his daughter, Shirley (b. 1930), offers the story through recorded and filmed oral histories, her life is a second narrative. The century unfolds in her voice with historic photographs and contemporary film and sounds of the carnival. Footage, shot under the direction of Pearl Gluck before the pandemic, follows Shirley riding two of her father’s inventions at the Grange Fair: a carousel of aluminum horses cast from salvaged metal during World War II and the folding Ferris wheel; her daughter and granddaughter work in a funnel cake trailer Shirley outfitted as a teen. Composer and musical director Kevin Sims, with his band Open Music, will play a prologue, four interludes, and an epilogue during projected film footage. Four singers, Penn State voice faculty, will perform five songs composed by Bruce Trinkley, Penn State professor emeritus, to lyrics written by poet Julia Spicher Kasdorf. The piece ends with the “ramp for runaways,” both a literal landmark on the Centre Hall Mountain next to the Workshop and a metaphor of dramatic danger, calling the audience to “mend, invent, and change” in the creative spirit of this local figure and his resilient community. Many of Vernon’s important early rides are still in storage at the Workshop and will be available for the set, such as Shirley’s kiddie car, airplane ride, and failed aluminum horses.