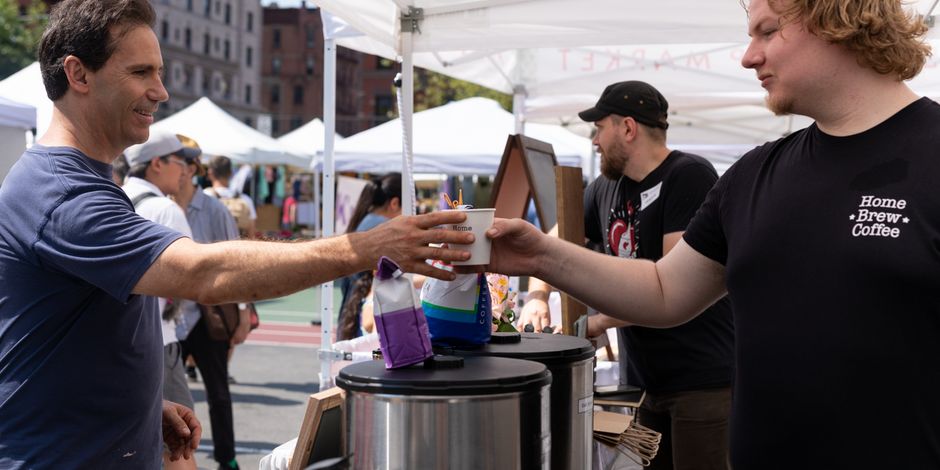 Hired to Home is a start up social enterprise organization (incorporated as a non-profit) whose mission is to promote the intentional hiring of homeless individuals, and combat nimbyism by enhancing dialogue around the issue of homelessness within communities.

Through our operational arm, Home Brew Coffee, we will employ and train homeless individuals in specialty coffee barista skills, supporting them back into long-term employment. 100% of profits are then re-invested back into the Hired to Home mission.

As of the last official count, there were well over half a million 'known' homeless people in the US. This is an increase from the previous year, and a figure which is widely regarded by those serving the community to be an underestimation.

Securing employment is a key factor in transitioning homeless individuals into stable housing. But this can be extremely challenging when, in addition to having no permanent place to call home, many have significant employment gaps, lack confidence due to their experiences so far, and may also have criminal records owing to the many laws targeting them. However we know that most homeless people do want to work.

Home Brew Coffee will recruit homeless individuals in an open-minded, and non-judgmental process. The coffee shop itself will also serve as a vessel to increase community engagement and education around the issue of homelessness and, provide an easy way for consumers to support their homeless neighbors. For example, through paying it forward, community action opportunities, or simple conversation over a coffee. We launched our first pilot phase for Home Brew Coffee in July/August this year, training 4 individuals.

The success of Home Brew Coffee will in turn help promote Hired to Home’s wider intentional hiring campaign to increase the proactive employment of homeless individuals in the broader commercial world.

(Note: Home Brew Coffee is a DBA registration for Hired to Home)