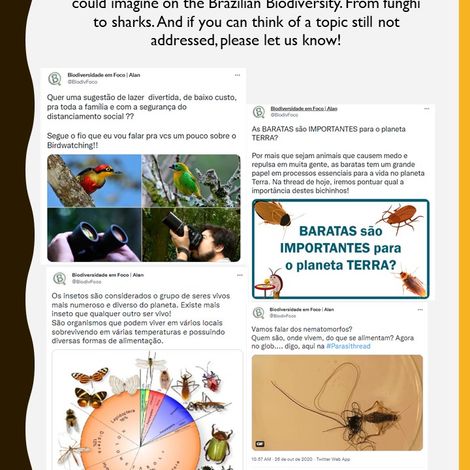 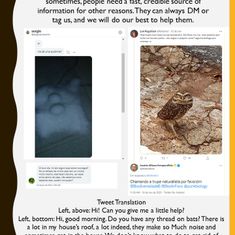 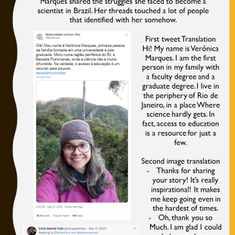 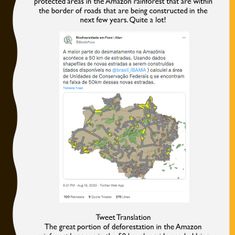 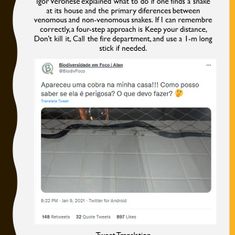 Brazil faces setbacks in the public trust in science. When wildfires spread the Pantanal and Amazonia in 2020 and deforestation increased under the management of President Jair Bolsonaro, a large portion of the society discredited environmental scientists. At that time, we were finishing our Master's/Ph.D. The reality struck us – we rarely communicated with people outside academia and when we did, they did not believe us. We needed to reach people, but we felt lost. We did not find places to engage in science communication, did not have the training, and were overwhelmed with our research. We imagined our colleagues should feel the same. Then, we decided to create an organized space for us and colleagues to engage with the public.

The Biodiversidade em Foco (Biodiversity in Focus, in English) is a Portuguese language-based Twitter account that welcomes a different scientist every week to share science and their journey in science. Since its launch in May 2020, over 50 Brazilian scientists participated in the action and reached almost 8,000 followers. The core of the project is the content creation, which is up to the weekly curators that volunteer their time in the project. Threads encompassed several topics, including the ecological importance of cockroaches or actions to undertake when spotting a snake in your house. Some threads generated political debate, such as those on the roads to be constructed near protected areas and the federal government undermining environmental laws. Frequently, they generated dozens or hundreds of likes, shares, and comments, reaching up to 20 thousand likes. The space enables scientists to engage in SciComm parallelly to their day-to-day activities by reducing the labor to create and maintain personal platforms and still interact with a large community interested in biodiversity. Therefore it amplifies their voice, introduces some to a new way of SciComm, and connects people outside academia to scientists.