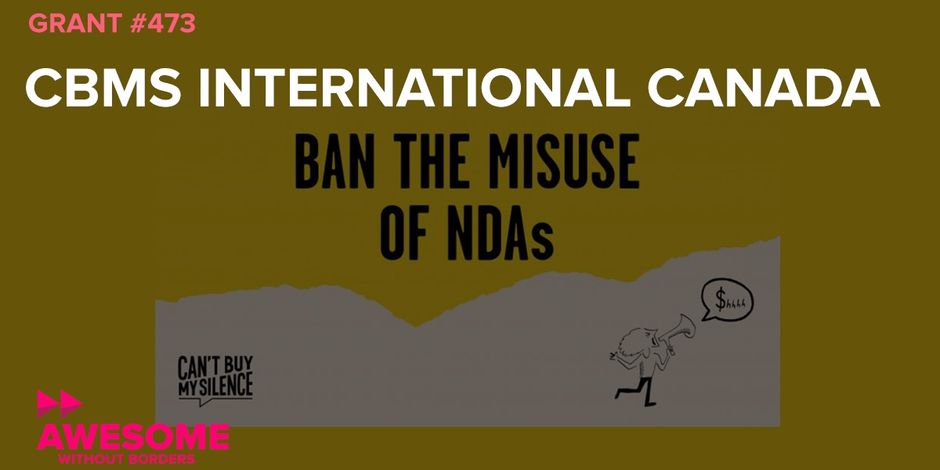 CBMS International Canada is part of an international campaign to ban NDAs.
CBMS International Canada/ CBMS International UK are the twin arms of an international campaign to end the misuse and abuse of non-disclosure agreements (NDAs). Zelda Perkins and Dr. Julie Macfarlane have joined forces to stop the expanding misuse of NDAs by demanding new legislation and regulation that stops “gag orders” from being used to settle cases of sexual misconduct, racism, pregnancy discrimination and other human rights violations.
CBMS is committed to building a coalition of organizations across the world advocating for the end of NDAs. Any organization wishing to join the coalition needs to commit to these four principles.
1. Legislative change to ban all NDAs (other than protection of commercial proprietary information) is our ultimate goal
2 This is supported by regulatory reform of legal practice and business codes of practice, banning the use of NDAs outside protecting intellectual property
3. Prioritizing the protection of victims, including identity protection (at their option) and no constraints on speaking about any personal experiences other than usual legal obligations (defamation laws punish those who make untrue statements about others)
4. Transparency and accountability of workplace harassers/ abusers/ bullies, tortfeasors*, institutions and employers
*a tortfeasor is anyone found to have harmed another party in civil law