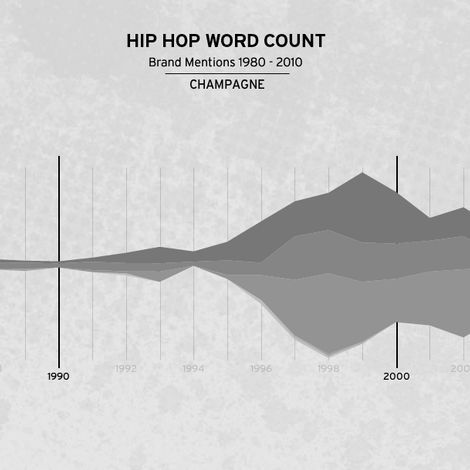 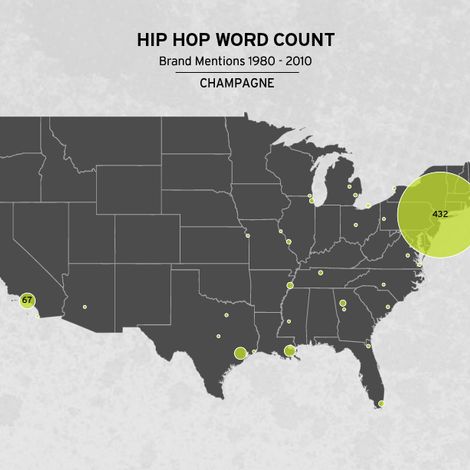 The Hip-Hop Word Count is a searchable ethnographic database built from the lyrics of over 40,000 Hip-Hop songs from 1979 to present day; the database is the heart of a web based analysis tool that generates textual and quantified reports on searched phrases, syntax, memes and socio-political ideas.

The idea to build the Hip-Hop Word Count came out of having hundreds of passionate discussions on the topic of Hip-Hop as a music form: Which was the most popular champagne in Hip-Hop during 1999-2003? Who was the best rapper of all time? Which rapper had the smartest songs? Which rapper used the cleverest metaphors? Which city's rap songs use the most monosyllabic words? Does living in higher altitudes create a natural proclivity for gangster rap?

Being tired of having the answers left up to conjecture or whoever had the loudest voice, I decided to build a tool that would help answer these questions and literally chart the cultural patterns observed in the wide canon of Hip-Hop music.