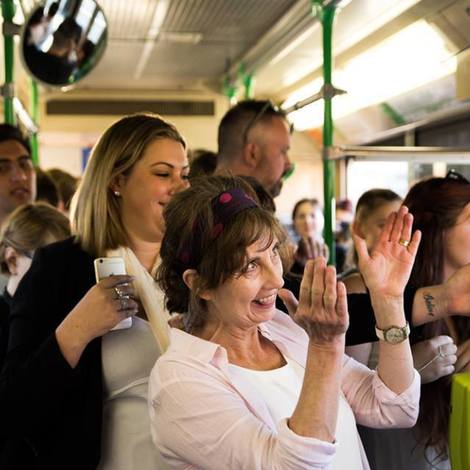 How come the conventional culture in subways is one where we don’t meet our fellow commuters? That is one question April's awesome foundation grant winner asked herself.

When confronting commuters on the subway and locals from the city with this question, two things are often raised: 1. It’s definitely a place where interesting conversations could take place with people you usually don’t meet 2. It’s awkward to start a conversation with a complete stranger, within a context where the norm is not to talk to each other. This project aims to challenge the above, by creating a temporary space where an alternative culture can emerge, one that’s based on the value of human kinship: human library on rails. The starting point of human library is that everyone has a story to tell.

What if one morning you step on the train, to find the wagon filled with people engaged in meaningful conversations? Instead of ads hanging from the windows, there are colourful signs with powerful questions and conversation topics that we all can relate to. How will the human library on rails affect the commuting culture in Stockholm? How will it affect the people who have been part of this experience?