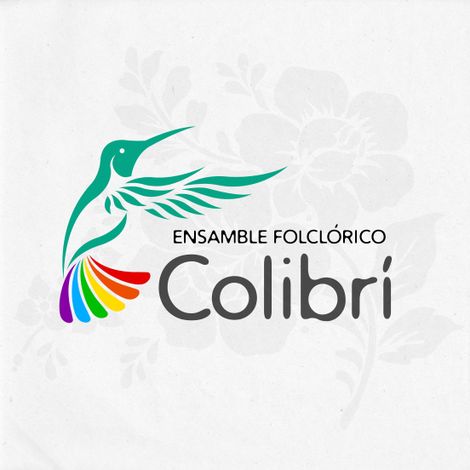 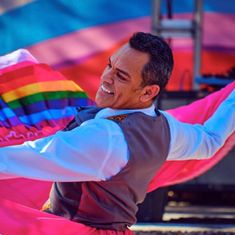 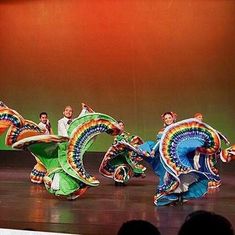 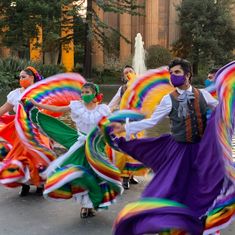 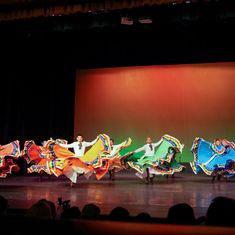 Ensamble Folclórico Colibrí (EFC) Is a Mexican folklore organization. Founded in 2015 under the directorship of Maestro Arturo Magaña, EFC’s mission is to promote the pride of identifying as LGBTQ+ Latinx through the art of Mexican folklórico dance. EFC also seeks to preserve our customs and traditions through cultural and educational projects as well as staged performances. We create a unique folklorico group where the LGBTQ+ Community has the creative platform to express and validate our sexual and cultural identity.

This year, EFC is performing at several Pride celebrations throughout the Bay Area. EFC also performs at schools, usually followed by discussions with students and Arturo Magaña sometimes speaks on panels about his role as the founder of EFC. Since live events have started happening again, EFC has been performing several times a month. We perform throughout the San Francisco Bay Area and have traveled around California and to Seattle as well.

There are two distinct groups of people who benefit from this project: The dancers themselves and the audience. The dancers benefit by becoming part of a tight knit community of people who care about the same things: art and equality. The audience benefits by seeing something they’ve never experienced before. Since EFC is the first LGBTQ+ folklorico group, most people have never seen men in folklorico dresses or women in charro suits. In EFC, dancers are referred to as “boots” and “skirts.” The “boots” wear traditional male costumes and the “skirts” wear traditional female costumes. Any dancer, of any gender, can be either a “boot” or a “skirt” and some dancers switch between roles in different dances.

Over the next year we will be learning new material from different states of Mexico. Each state has its own unique style of dance, its own costumes and its own music. We will be adding the states of Hidalgo, Guerrero and Michoacan Tierra Caliente. Each state will be taught by a guest Maestro.