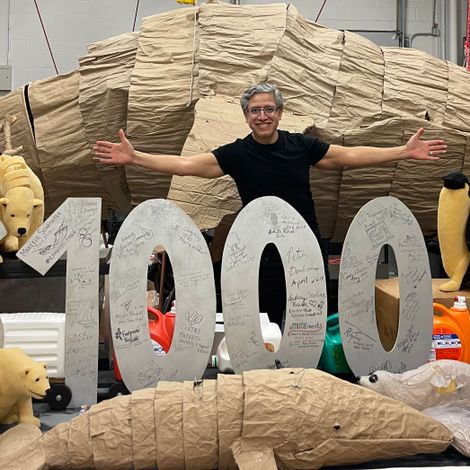 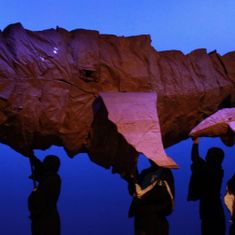 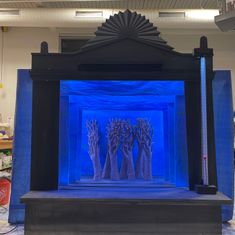 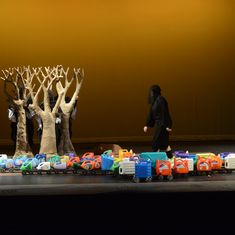 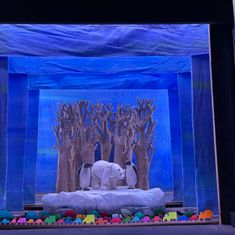 theLASTree: A Puppet Tale from Nature About Loss, Hope and Us, is a forty-five-minute family-friendly visual spectacle featuring six vignettes with two main characters which are pre-recorded voices off. One is Mother Nature, the storyteller, who asks for help as she explains why she is afraid of the human-caused climate crisis: the consequences of deforestation, pollution and plastic waste, and the suffering of her ecosystems. In the end, she encourages the audience to engage in three fundamental sustainable practices: reduce, reuse, and recycle to protect the air, water, land, and all living creatures. The other character, the Last Tree, is an ancient tree, fed up with humans but who refuses to die.
theLASTree has been produced in two formats constructed with recycled materials: the first, performed by twelve puppeteers who manipulate twenty-six large-scale puppets and props, with three crew members who call the cues and control lighting and sound. The second is a self-contained portable (6’x4’x6’) miniature proscenium stage and is performed by a solo-puppeteer hidden from view under the proscenium’s floor who manipulates all twenty-six rod puppets and controls all scene changes, props, sound, and lighting. (181 words)

The proposed project consists of creating a puppet exhibit that will include both theLASTree puppet productions and a diverse collection of puppets from my previous shows. The project will include presenting multiple shows of theLASTree in the toy-theatre format, followed by a 20-minute Puppet Meet and Greet and a conversation with me, the artist/puppeteer. In addition, I would like to engage children in 30-minute puppet-making workshops. These would include afternoon matinee performances. In addition, I would like to offer 30-minute adult-based cabaret puppet shows in the night.