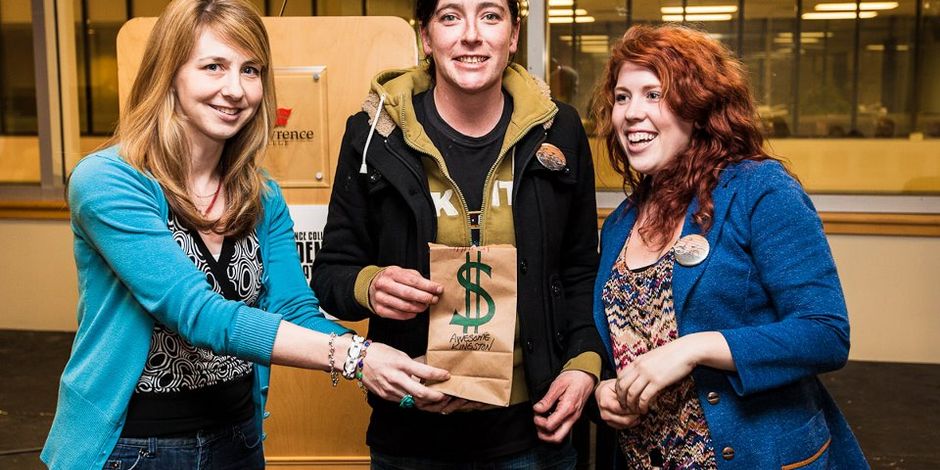 Synchronized swimming meets bike riding. That’s how Synchro-Cycle describes their mix of choreographed dance moves and bicycle riding. This Kingston-born sport was developed during the summer of 2011, is open to anyone who wants to join, and encourages bicycle riding in a fun and new sport. They look to growing the sport locally and outside of Kingston in 2012 and beyond with an Awesome Kingston Grant.

In the summer of 2011 a few local Kingstonians rode to the beach with a transistor radio on their handlebars. Then sparked the brilliant idea of bike dancing while SYNCHRONIZED.

Throughout the summer, the newly formed team started creating different moves and formations to demonstrate while riding their bikes. The choreographed moves have been put to much of the classic hits on radio, and the popular tempos these classic hits use.

Later, when the team decided to research other cyclists who groove while riding none were found. This seemed preposterous because so many other Kingstonians while told the idea really wanted to participate or come watch our first "show". But being the first season and creation year of synchronized cycling only those randomly on our routes got to enjoy the spectacle.

Syncro-Cycle would like to build on this idea with our community and for this coming season have a strong team or even two so we could compete! Our season will stretch from May-September, everyone is welcome, everyone is encouraged. We hope to grow Syncro-Cycle into a real sport, because they all have to start somewhere!