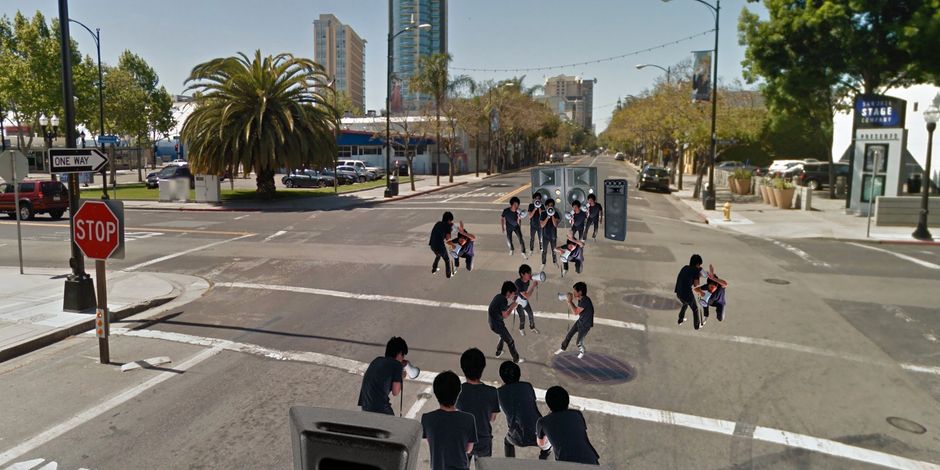 I am applying for the Awesome Foundation Grant to create my project, “Sonic Kung Fu Battle.” For this project, I want to choreograph and orchestrate a street battle with vocal and sound performers. Instead of staging physical fights with bodies and prop weapons, the performers will use their voices and noisemakers to mimic the sound effects produced in a cinematic battle scene. So, rather then throwing a punch, the performers will vocalize “swoosh” of their sleeves and slap their thigh to signify their punch landed.

The concept behind this project begins from a basic fact that most sound we hear in a film is not the actual noise recorded from where the scene takes action. They are usually created, added and manipulated after a film shoot. Most of the time, they are noise created by objects that are unrelated to the visual cue in the film or created through digital technology. By having performers “fighting” without contacts and only using voices and instruments, I intent to emphasize the importance of sound effects in filmic experiences, while at the same time, noting how the experience is also fabricated. I have recently created and directed this idea in my performance on a smaller scale, “Sonic Kung Fu,” for Southern Exposure Gallery. Please check out this video:
http://www.youtube.com/watch?v=nt7t4Se8UnU

I have already secured a venue for this project to take place. I was invited to perform at ZERO1 Biennial as part of their Emerging Artist Network Outdoor Exhibition. The festival will take place between September 14th-16th. While I will receive a micro grant from them, the funding will only allow me to recreate a piece similar to the scale of “Sonic Kung Fu” from Southern Exposure Gallery, which incorporated 7 performers. For “Sonic Kung Fu Battle,” I want to create a larger-scale performance, but more importantly, an epic-physical-sound-performance outdoors.