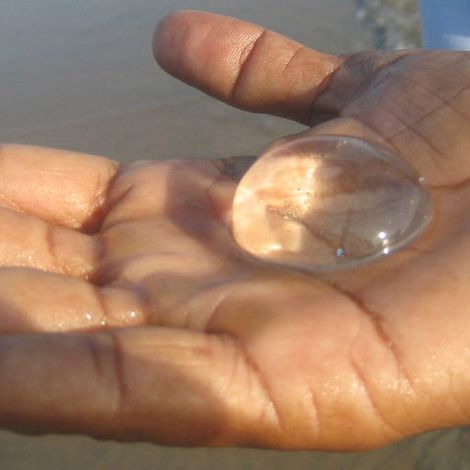 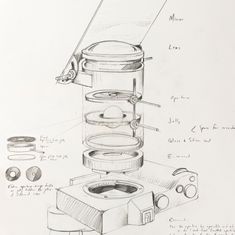 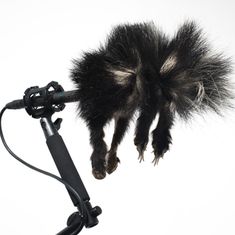 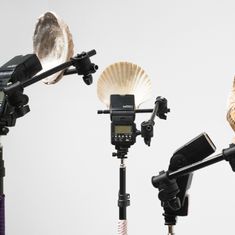 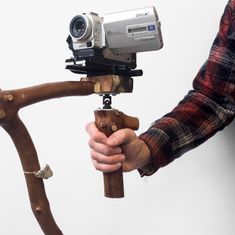 The tide in California litters the beach with small jellyfish that are clear and about the size of a marble. Holding one in your hand, you can see that they magnify light the way a camera lens does. A few years ago I took the lens off an old VHS camera, stretched saran wrap over the camera sensor, and recorded some video using the jellyfish as a lens. The result was spectral and super weird. But I was only able to film for an hour before saltwater got into the camera and it died with a puff of smoke.

Fast forward to 2019 and I’ve since made a bunch of animal and plant based camera gear. I built camera flashes that bounce off seashells, a microphone windscreen from a skunk, and a steadicam that balances using sticks and stones.

I’m ready to rebuild the Jellyfish Camera, but I need help to make it happen. I’ve designed a lens case with a movable aperture and a ring that allows me to adjust the distance between the jellyfish and the camera sensor for focus. Most importantly, the whole lens will be sealed so that no saltwater or sand leaks into the camera.

The Jellyfish Camera builds empathy for an unfamiliar animal. I’ve consulted with Todd Oakley, an evolutionary biologist at UCSB who studies jellyfish eyes. Some jellies have eyes like humans, but no brain, so we don’t know exactly what they perceive. Many jellies, like the ones I’m using, don’t have eyes, but have light sensitive cells in their skin, which are used for navigation (no jellies are harmed in this project, in fact many are saved in the process).

The Jellyfish Camera is part of a broader series of interactive sculptures, and once constructed will have many public applications. Some possibilities include inviting beach goers to operate the camera, photographing portraits of humans on the beach, or teaching a workshop to school groups about optics (as I have frequently done). My project is a fun entry to photography, but gives the viewer a deeper understanding of our relationship to the natural world.