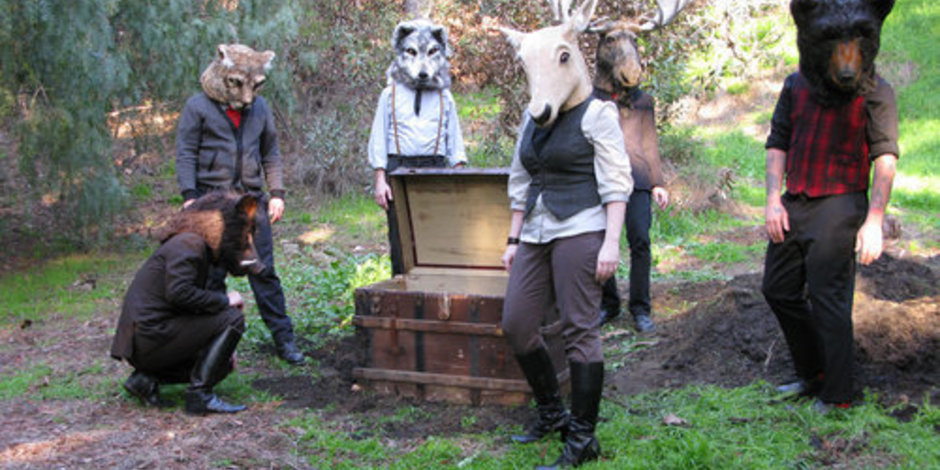 We are proposing to build a nearly life-size woolly mammoth puppet to be animated at parades, demonstrations and public events to draw attention to humans’ relationship to and responsibility for climate change. The woolly mammoth, as arguably the first human-caused extinction, is a symbol for what we stand to lose in the face of accelerating climate change. Yet, although the mammoth carries a serious message, it delivers it in a lighthearted way that appeals to our natural sense of wonder. The sight of this mythic animal in a modern, urban environment will open people up to new possibilities for action, rather than paralyze them with fearful rhetoric.

Local playwright and performance-maker Elle Thoni came up with the idea to build a woolly mammoth puppet while writing a full-length play about mammoth de-extinction, a real scientific endeavor that has recently taken social media by storm. While Elle hopes to fully produce her play Woolly in 2018, she has been inspired by this new era of renewed civic action to animate the central figure of her play with the hope that it will serve as a playful prompt for conversations about climate change in the public sphere.

For Alison, the woolly mammoth is the next step in her artistic exploration in the intersection between puppetry and taxidermy, creating puppets that are as realistic and textured as they are whimsical. As a seasoned builder, she will construct a puppet that is lightweight enough to be operated by four puppeteers for long periods of time and can also be easily broken down and transported.