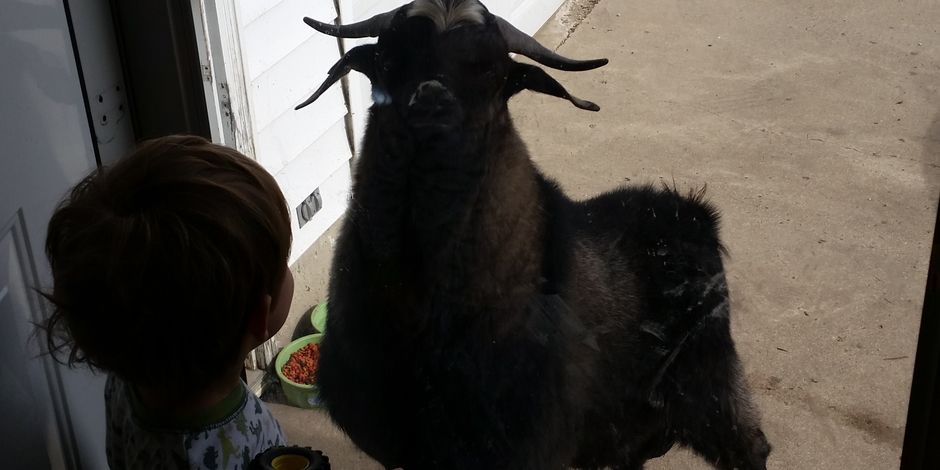 What is the most popular meat in the world? Did you guess chicken? How about beef? While those are very popular choices here in the US, the most popular meat in the world is.... goat! Approximately 63% of the world's population eats goat meat. It is mainly considered an ethnic dish here in the US, but is gaining a foot-hold in other markets as health-conscious consumers are beginning to take note of this nutritious protein source. According to the USDA Nutrient Database for Standard Reference, 3 ounces of goat meat contains 122 calories (chicken = 162, beef = 179). It is lower in cholesterol (63.8) than chicken (76) or beef (73.1), but contains nearly equal amounts of protein (goat = 23, chicken = 25, beef = 25). Approximately 97% of goat meat consumed in the US is imported. Recent estimates indicate that the US is more than 750,000 head deficient in meeting current demand for goat meat.

Goat meat is popular, nutritious, in demand, and... environmentally friendly! Goats efficiently convert noxious weeds and low quality pasture to high quality meat and milk. Compared to cattle, they require far less feed supplementation, promote female participation in agriculture due to their ease of handling, and many of their health needs can be addressed by the producer vs. professional consultants such as feed specialists.

I am interested in humanely raising goats for local consumption. According to current census data, ethnic and cultural diversity is growing in our state, up 1.4% since 2010. Many ethnicities have traditionally incorporated goat meat into their diet, but finding locally raised, quality goat meat can be difficult in our area. I have been contacted by individuals from Fargo looking for local, humanely raised goat meat on several occasions. Besides filling a need in our community, my enterprise will benefit the local economy by providing business for local meat processors, veterinarians, alfalfa/hay/straw producers, and agricultural retail stores.