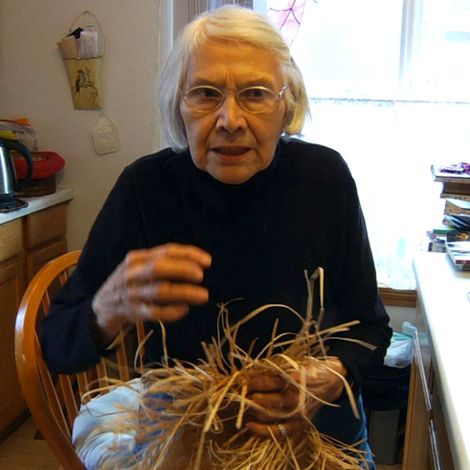 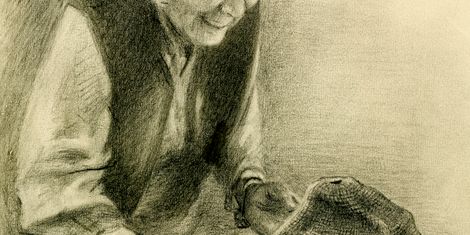 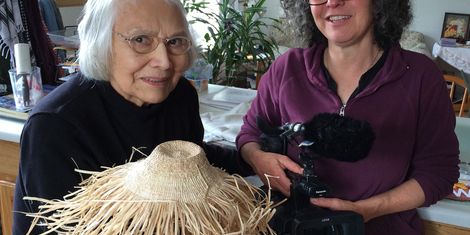 How many people get to not only make a film with and about an inspiring 85 year old elder, but also get to travel with her to share it?

Our journey started in 2010 when I was asked to document Delores Churchill on a traveling Northwest Art class. We had an idea of making a film about her. The instigator disappeared, but I was hooked. The documentary slowly evolved into something Delores didn't expect and a narrative that asks questions and manages not to end. "Tracing Roots: A Weaver’s Journey "is a portrait of an elder in motion and a piece about the meaning of connection, and ownership. It is about making objects and art and a bit of a mystery, following Delores quest to understand a spruce root hat found in a retreating glacier.

We've had great events with the film from Haida Gwaii to Fairbanks, but we want to ask for support to inspire people outside the region. When we share the work. Delores charms and gets wonderfully unpredictable. I’m sidekick and support. Starting on October 20th, Delores and I are going on a screening/event tour to museums and college campuses in places including Indianapolis, Boston and DC. Pulling together the funds is not as easy as one would hope to cover the expenses we’ll be racking up. Despite some grants for making the project, we’re experiencing a net drain that has continued into the outreach stage.

Is outreach and engagement awesome? You know the saying, “if a tree falls in the forest…” This is the delivery. It is a time to encourage non-native audiences, as Delores says, to realize how that native art making is alive and well and for native students in the colleges we visit to be inspired by an elder amidst campuses that don’t always facilitate that role modeling. This is also the finale of the journey: We've decided after this trip, to the Smithsonian, the Harvard Peabody and the Eiteljorg and our other stops, it is time to wrap up the “live” events…