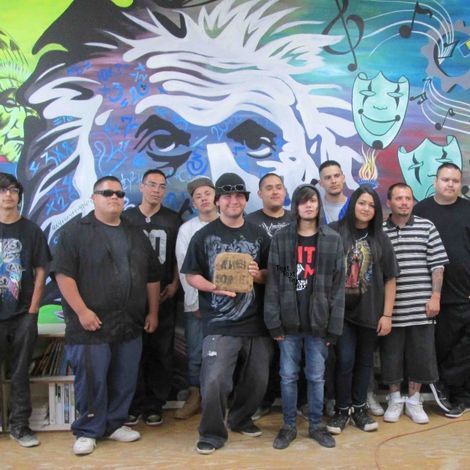 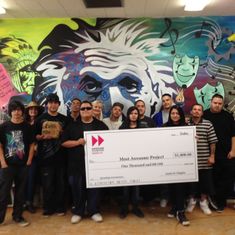 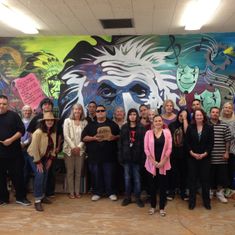 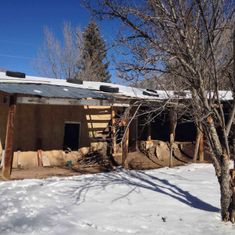 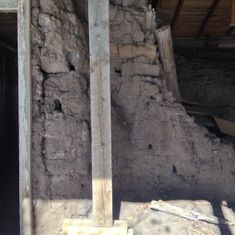 In 2015, Santa Fe hosts adobe architects and builders from around the world at the EARTH USA Conference. Yet the kids whose ancestors built our unique city have no idea how to work with this “dirt-cheap” material. By interfacing workers from Santa Fe Youthworks, a GED based work training non-profit, with conference participants at a historic adobe site on the Vallecitos River, we begin a hands-on camp workshop teaching disenfranchised city youth and adobe theorists how to get “down and dirty,” while beginning reconstruction on the original village plaza and zaguan of a historic locale close to Santa Fe. In early June, a Youthworks crew will study with adobe master and founder of EARTH USA, Quentin Wilson, on site at an old adobe ruin of his choosing to teach the history and fundamentals of adobe construction. Students will camp in tipis on the bank of the Vallecitos, learn to make adobe forms and bricks, draw architectural renderings with artist, Shelley Horton-Trippe, and begin reconstructing a wall with builder, Scott Ardis. Then on October 2-4, 2015, Youthworks members will be given scholarships to the EARTH USA 2015 conference at the Museum of Art in downtown Santa Fe. There they will study with world renowned adobe leaders and present a demo on adobe brick making. Youthworks will also demonstrate adobe making on the Plaza for the public during the conference in what might be called a “performance piece.” On October 5, Youthworks crew will host a tour of the old adobe ruin in Vallecitos for the international visitors from the conference and end with a campfire on the river’s edge. The 2015 CAMP ADOBE 101 is just the beginning of a series of ongoing hands-on adobe workshops that will be open to the public to create a positive “down and dirty” adobe making experience for the novice or city dwellers around the world.

Youthworks is a Santa Fe 501c3 supplying GED tutoring and work training to disadvantaged youth. Quentin Wilson is a master adobe builder and educator, who began the prestigious adobe construction program at NNMCC in El Rito and is founder of EARTH USA. Scott Ardis is a master builder, musician and talented songwriter. Shelley Horton-Trippe is the Project Director and a painter, exhibiting with LewAllen Galleries. As an art activist, she has worked with disenfranchised youth, women and girls.