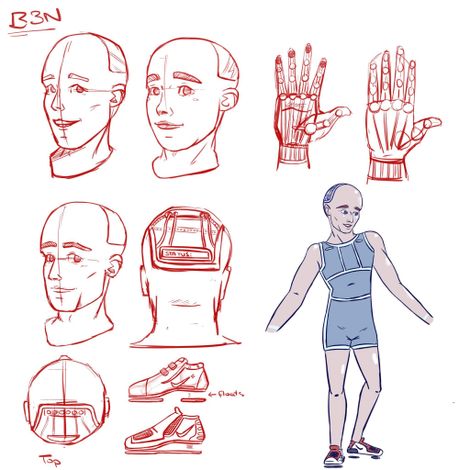 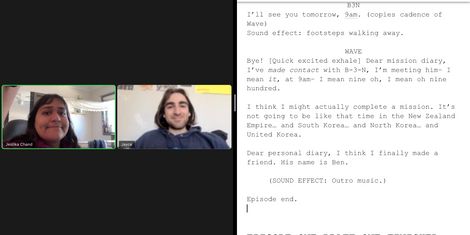 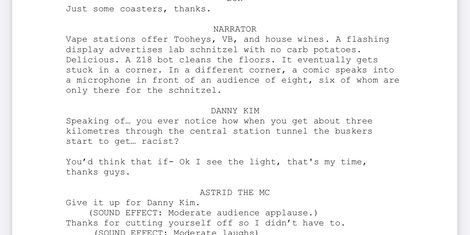 What?
Believing that laughter is the best medicine, B3N – a young nursing robot – navigates the thriving megatropolis of Sydney in order to become the first robot stand up comedian.

​​Sydney's FBi Radio has greenlit a 6 episode audio comedy-drama series for January 2022 that I will be creating with my comedy partner, Jayce.

Who?
This project is being created within the Inside Jokes mentorship program run by FBi Radio. FBi Radio is an independent youth broadcaster who specialise in Sydney music, arts and culture. Their focus is to shape and amplify independent culture in Sydney. This has been an exciting process of learning and collaborating alongside other young comedy creatives in a space specifically designed to incubate new ideas.

How?
We’ve created a teaser, show bible, concept art (for later promotional social media graphics) and finished scripts for our first two episodes. We have also been lucky enough to undertake weekly workshops, facilitated by FBi radio, with professionals in the audio and comedy industries. This has been an exciting process of learning and collaborating alongside other young comedy creatives in a space specifically designed to incubate new ideas.

Why?
The unique intimacy and storytelling possibilities of audio narratives has made this a passion project for my partner and I. Audiobooks are booming. For several years, the industry has achieved double figures growth and there’s no sign of that trend slowing. Second, B3N uses the sci-fi-comedy vessel to address modern problems: technological advances, labour rights, gender issues, and climate change. This broadens the audience significantly and aligns it with many of the concerns common to FBi’s diverse and, generally, young audience.

We want to fill a gap that seems to exist where – despite Sydney having a larger population than LA – few narratives are set here. Situating the story in a Sydney of the future allows us to satirise and comment on global and local issues concurrently. It will, we hope, be empowering for young Sydney listeners to imagine their city’s future and the role they could have in shaping it.